In her third novel, The Dew Breaker, the prolific Edwidge Danticat spins a series of related stories around a shadowy central figure, a Haitian immigrant to the U.S. who reveals to his artist daughter that he is not, as she believes, a prison escapee, but a former prison guard, skilled in torture and the other violent control methods of a brutal regime. “Your father was the hunter,” he confesses, “he was not the prey.”

Into this brilliant opening, Danticat tucks the seeds of all that follows: the tales of the prison guard’s victims, of their families, of those who recognize him decades later on the streets of New York, of those who never see him again, but are so haunted that they believe he’s still pursuing them. (A “dew breaker,” we learn, is a government functionary who comes in the early morning to arrest someone or to burn a house down, breaking the dew on the grass that he crosses.) Although it is frustrating, sometimes, to let go of one narrative thread to follow another, The Dew Breaker is a beautifully constructed novel that spirals back to the reformed prison guard at the end, while holding unanswered the question of redemption.

Edwidge Danticat was born in Haiti and came to the United States when she was 12. She is the author of several books, including Breath, Eyes, Memory, an Oprah Book Club selection; a National Book Award finalist; and The Farming of Bones, an American Book Award winner. She is also the editor of The Butterfly’s Way: Voices from the Haitian Dyaspora in the United States and The Beacon Best of 2000: Great Writing by Men and Women of All Colors and Cultures. Danticat received a degree in French Literature from Barnard College and an MFA from Brown University. 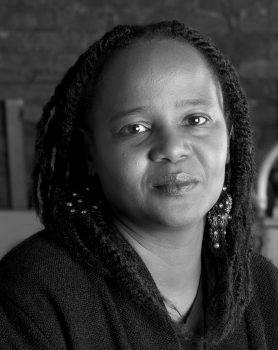