A. Van Jordan combines the tragic poignancy of the blues with the cinematic sweep of a documentary in his deeply humane and highly imaginative second book, M·A·C·N·O·L·I·A, which focuses on the life of MacNolia Cox, a spunky 13-year-old girl who won the Akron District Spelling Bee in 1936. Cox was the first African American to advance to the final round of the national competition, but it is generally thought—and Jordan clearly believes—that the Southern judges kept her from winning by deviously tripping her up on the word “nemesis,” which was not on the official list. That stolen opportunity marked her for life, and she was never afterwards the same.

Jordan comes from Akron, and he stumbled upon Cox’s haunting story, as he says, “while researching the lifestyles of African Americans in Ohio during the ’20s and ’30s.” It is for him an emblematic tale—the word “macnolia,” he tellingly suggests, means “a Negro who spells and reads as well as [if not better than] any white”—and it gives him a convincing way to concentrate on an individual life while also exploring social attitudes and racial prejudices of Depression-era America.

Jordan’s primary strategy is to interweave voices to create a dramatic overall portrait of MacNolia’s life. MacNolia speaks often, savoring words (“So many words hover around my head”), and we hear often from her less verbal husband, John Montiere, who exclaims on their wedding night: “let’s strip off our words/ to speak without our tongues. let’s/ try to tongue without/ saying a word. let’s turn speech/ back into struggle tonight.”

Born in Akron, Ohio, A. Van Jordan received his Masters of Fine Arts from the MFA Program for Writers at Warren Wilson College. He is also a graduate of the Cave Canem Workshop. His first book, Rise, won the PEN Oakland/Josephine Miles Award and was a selection of the Academy of American Poets book club. In 2004, he received a Whiting Writers Award and the Gilbert-Chappelle Distinguished Poet Award. Earlier this year he won a Pushcart Prize. 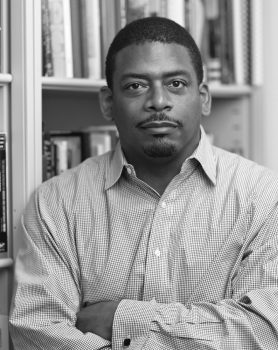