In a crabbed, powerful follow-up to his National Book Award-nominated short story collection (Lost in the City), Jones explores an oft-neglected chapter of American history, the world of blacks who owned blacks in the antebellum South. His fictional examination of this unusual phenomenon starts with the dying 31-year-old Henry Townsend, a former slave–now master of 33 slaves of his own and more than 50 acres of land in Manchester County, Va.–worried about the fate of his holdings upon his early death.

Set in Manchester County, Virginia, 20 years before the Civil War began, Edward P. Jones’s debut novel, The Known World, is a masterpiece of overlapping plot lines, time shifts, and heartbreaking details of life under slavery. Caldonia Townsend is an educated black slave-owner, the widow of a well-loved young farmer named Henry, whose parents had bought their own freedom, and then freed their son, only to watch him buy himself a slave as soon as he had saved enough money. Although a fair and gentle master by the standards of the day, Henry Townsend had learned from former master about the proper distance to keep from one’s property. After his death, his slaves wonder if Caldonia will free them. When she fails to do so, but instead breaches the code that keeps them separate from her, a little piece of Manchester County begins to unravel. Impossible to rush through, The Known World is a complex, beautifully written novel with a large cast of characters, rewarding the patient reader with unexpected connections, some reaching into the present day.

Edward P. Jones’ first collection of short stories, Lost in the City, published in 1992, won the PEN/Hemingway Award and was also short-listed for the National Book Award. His first novel, The Known World, received the 2004 Pulitzer Prize for fiction, the National Book Critics Circle Award and was a finalist for the National Book Award; he also received a MacArthur Fellowship in 2004. Born in Washington, D.C., Jones attended the local public schools and won a scholarship to Holy Cross College. Seven years after he graduated from college, he earned his Master’s of Fine Arts from the University of Virginia. After a series of jobs, he began working for a tax newsletter, first as a proofreader and eventually as a columnist, a position he held for more than 10 years. During this time Jones kept on writing. His first short story was published in The Paris Review, Ploughshares and Callaloo. He has taught creative writing at the University or Virginia, George Mason University, the University of Maryland and Princeton University. Jones is also a recipient of a Lannan Foundation Award. 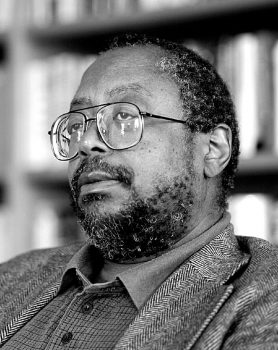