Eminent historian Berlin revisits and extends by a century the territory of his honored and groundbreaking Many Thousands Gone: The First Two Centuries of Slavery in America (1998), incorporating the “vast outpouring of new research in this field” in the brief period since its publication and mirroring that book’s structure.

In 150 or so pages here, Berlin recapitulates the argument of his earlier, prize-winning work, delineating “the making and remaking of slavery” as a matter of “Generations”: the “Charter Generations,” who managed “to integrate themselves into mainline society during the first century of settlement, despite their status as slaves and the contempt of the colony’s rulers”; the “Plantation Generations,” living in a world where “blackness and whiteness took on new meaning,” who managed “to forge new communities as ‛Africans,’ an identity no one had previously considered or even knew existed”; and the “Revolutionary Generations,” beneficiaries, victims, and participants in both the “revolutionary ideology [and] evangelical upsurge” of the period.

Berlin received his Ph.D. from the University of Wisconsin–Madison in 1970. He has written extensively on American history and the larger Atlantic world in the 18th and 19th centuries. Berlin has focused in particular on the history of slavery in the United States. His first book, Slaves Without Masters: The Free Negro in the Antebellum South, was awarded the Best First Book Prize by the National Historical Society. In 2003 he also was the chief advisor of the HBO film Unchained Memories.

Berlin has long been concerned with studying what he termed the “striking diversity” in African-American life under slavery—a diversity that, he argues, is especially evident when one is attentive to differences over space and time. In his 1998 book Many Thousands Gone, which covers the history of North American slavery up through the 18th century, Berlin differentiates between four regions and their respective slave regimes: the Chesapeake, the Lowcountry of South Carolina and Georgia, the Lower Mississippi Valley, and the North. He then explores each of these regions in terms of three distinct “generations,” thus emphasizing shifts over time. Berlin argues that geographic and temporal differences in the first two centuries of North American slavery had important consequences for African American culture and society.

He is the founder of the Freedmen and Southern Society Project, which he directed until 1991. The project’s multi-volume Freedom: A Documentary History of Emancipation (1982, 1985, 1990, 1993) has twice been awarded the Thomas Jefferson Prize of the Society for the History of the Federal Government as well as the J. Franklin Jameson Prize of the American Historical Association for outstanding editorial achievement. He was elected a Fellow of the American Academy of Arts and Sciences in 2004.

Ira Berlin is Distinguished University Professor at the University of Maryland, where he previously served as dean of undergraduates and dean of the college of arts and humanities. In 2000, President Clinton appointed him the advisory council of the National Endowment for the Humanities. 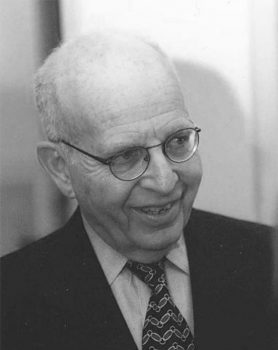