Samuel R. Delany, a science fiction icon and pioneer in gay literature, began his childhood in the living quarters atop his parents’ Harlem funeral home. His father, Samuel Ray Delany Sr., ran the business, and his mother, Margaret Cary Boyd Delany, clerked for the New York Public Library. His aunts, Sadie and Bessie Delany, were Civil Rights pioneers and would become partial templates for the characters of Elsie and Corry in their nephew’s book, Atlantis: Model 1924.

Born in 1942 in New York City, Delany won four Nebula Awards and a Hugo prize by the time he was 27; he did so despite severe dyslexia. Throughout his career, Delany has been equally comfortable at academic conferences and comic book conventions.

“Physically, I write all over the place,” Delany told Anthony Miller in 2003. “I keep a notebook by me 24/7 – have since I was 14. I’m always ready to sit on the sidewalk with my back against a foundation if the muse decides to trampoline down just then.”

The author picked out his nickname at age 11 on the first day of summer camp in Phoenicia, N.Y., when he declared untruthfully that people called him Chip. His younger sister, also a camper, helped bring the name back to the city. Less happily, Delany’s surname is frequently misspelled, including by Doubleday on the title page of Draftglass and by the organizers of Balticon in 1982, where he was the guest of honor.

Young Delany attended the Dalton School – one of only three Black students when he entered, followed by the Bronx School of Science, then City College. Another young writer, Marilyn Hacker, met on the first day of high school, became a fast friend and then his wife. In 1960, when Delany was 18, his father died of lung cancer.

“My father’s death, my subsequent dropping out of school, and my hasty marriage speak of a young man interested in writing and music, but still under fair emotional strain,” Delany writes in his memoir, The Motion of Light in Water: Sex and Science Fiction Writing in the East Village. “With the facts that I was black and Marilyn was white, that I was gay and both of us knew it, the implication of strain – for both of us – only strengthens.”

Still, Delany remembers vivid, creative days. Hacker, who would later win a National Book Award for her poetry in Presentation Piece, worked as an assistant editor at Ace Books while she and Delany were finding their footing. She brought his first novel, The Jewels of Aptor, to Ace’s editor, resulting in its sale six weeks later when Delany was 19. The pair later had a daughter, Iva Hacker-Delany.

Both writers grew in success and creativity. Readers flocked to such Delany titles as Babel-17, Nova, The Einstein Intersection, and Dhalgren, which sold more than a million copies. The Motion of Light in Water – prized by writers like Rita Dove – won a 1989 Hugo award.

Delany’s science fiction and fantasy plays with pronouns and explores questions of class, race, sex and gender. It returns frequently to mythology, perception, memory and especially language as it speculates on and experiments with the social order. Anisfield-Wolf juror Steven Pinker notes that Delany’s “ambition, scope and creativity are extraordinary.”

“Identity is not an essential nugget at the center of things,” Delany told Miller. “It’s a category to put things in. You can’t think without categories; but you want categories that are complex enough that whatever is inside them is always questioning its own boundaries.”

After a term as a guest professor in 1975 at SUNY Buffalo, Delany served as a professor of comparative literature for 13 years at the University of Massachusetts. He returned to SUNY Buffalo as an English professor before joining the English Department at Temple University in 2000. He retired in 2015.

Delany wrote two issues of the comic book Wonder Woman in 1972. He was the subject of a 2007 documentary, The Polymath, created by Fred Barney Taylor. The author’s textbook, About Writing, became a standard in creative writing classes.

Junot Díaz, who won an Anisfield-Wolf Book Award and a Pulitzer Prize for The Brief Wondrous Life of Oscar Wao, considers Delany one of the greatest living writers. In a 2017 interview Díaz conducted with Delany for Boston Review, Díaz said he owned two full shelves of Delany books, not counting the books about his books.

“I’m known as a ‘sex radical, Afrofuturist, and grand master of science fiction,’” Delany told Díaz, “but the fact is, I am nowhere near as sexually radical as many, and for all my interest lots of things have passed me by.”

In that interview, Delany said, “all true radicalism begins in the body – so sex radical means you have to be ready to act radically and be willing to speak about it in places you ordinarily wouldn’t – such as an interview about an activity you might otherwise confine to a journal. That’s how I started – and the world got started around me, as it were, when my mother found my secret writings, took them to my therapist, and they ended up in an article . . . my first professional sale, as it were. I got a lot of attention for it, too. It is the source of most of my radicalism.”

The Lambda Literary Report named Delany one of the 50 most important people in changing the culture’s view of gayness over a half century. He lives with his partner, Dennis Rickett, in Philadelphia. 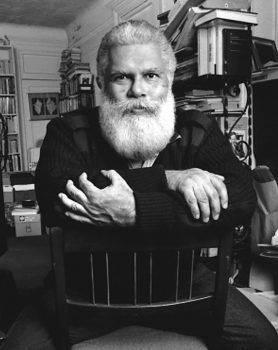