Mexican American writer, poet, and ardent feminist, Sandra Cisneros writes stories that are seldom heard in mainstream America-those of the diverse experiences of Hispanic women in contemporary urban society. Her work delves into the unheralded inner lives of women through chronicles of migration, urban dislocation and deprivation in borderland arroyos and urban barrios. Cisneros captures the deepest existential concerns and struggles of women while highlighting the often harsh and constraining environment that they inhabit.

Born in 1954, Cisneros was raised in a vibrant, working class Chicago neighbourhood, but developed a lasting sense of dislocation on account of her frequent moves. Like her fictional female protagonist, Esperanza, in her most celebrated novel House on Mango Street (Vintage Contemporaries, 1984), Cisneros yearned for stability and a house of her own. Beguiling in its simplicity, Mango Street cleverly celebrates life on the margins. Cisneros transforms a powerful rendering of a child’s dissatisfaction with herself into a story about a search for herself, her own values, and purposes as well as an exploration of human relatedness. Mango Streetwon for Cisneros the Before Columbus American Book Award and the Dobie-Paisano Fellowship in 1985. Its success prompted critics to call her the most visible Chicana writer in literary circles today.

Cisneros has said that her literary success has enabled her to challenge prevailing assumptions about community, gender, and class. Her profoundly nuanced style and commitment to these issues have earned her critical acclaim. In 1993, she was awarded the Anisfield-Wolf Award for her collection of stories, Women Hollering Creek and Other Stories (Random House, 1991). She is the author of three collections of poems, the prosaic Bad Boys (Mango Publications, 1980), My Wicked Wicked Ways (Third Woman Press, 1987) and Loose Woman: Poems (Alfred A. Knopf, 1994). She has been the recipient of two National Endowment for the Arts and has been writer-in-residence at the University of Michigan at Ann Arbor, the University of California at Irvine, and the University of New Mexico at Albuquerque. 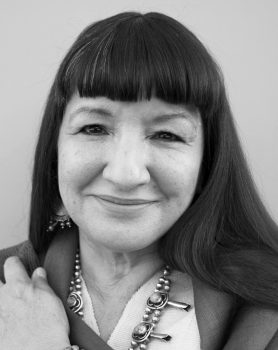