“My first memories,” writes Kwame Anthony Appiah in the preface to In My Father’s House: Africa in the Philosophy of Culture (1992), “are of a place called ‘Mbrom,’ a small neighborhood in Kumasi, capital of Asante, as that kingdom turned from being part of the British Gold Coast colony to being a region of the Republic of Ghana.” Raised in a country at the dawn of its independence, Appiah developed an early consciousness that straddled not only the colonial and the postcolonial but also, as the son of a Ghanaian father and an English mother, the African and the European. Not surprisingly, questions of identity, culture, and race have taken a central role in Appiah’s work as a philosopher and writer.

Appiah was born in London, England. After attending elementary school in Kumasi, Appiah was sent back to England to live with his grandmother and go to boarding school, returning to Ghana for most school holidays. The decision to send him to England was based partially on the political climate in Ghana at the time. His father, Joe Appiah, had once been a friend and colleague of Ghana’s first president, Kwame Nkrumah, but he had since fallen out of favor with Nkrumah and faced government harassment.

Appiah began his university studies at Cambridge, first as a medical student, then taking a degree in philosophy. While at Cambridge, Appiah met the American graduate student Henry Louis Gates Jr., who became his academic colleague and a longtime collaborator on literary projects. After graduating Cambridge, Appiah taught philosophy at the University of Ghana, Legon, for a year before returning to Cambridge for graduate work. In 1982 Appiah became the first person of African descent to receive a Ph.D. in philosophy from Cambridge University.

Soon after receiving his doctoral degree, Appiah joined the faculty of Yale University, where he was a member of both the philosophy and African and Afro-American studies departments. While his early published work, including the monographs “Assertion and Conditionals” (1985) and “For Truth in Semantics” (1986), dealt primarily with the philosophical fields of logic and language, Appiah increasingly turned toward questions of race, culture, and identity. Together with Gates, then his colleague at Yale, Appiah edited a collection of early African American writing and launched a series of books reviewing African American literary figures.

Appiah left Yale for Cornell University in 1986, then moved to Duke in 1990. After only a year at Duke, Appiah joined Gates at Harvard University, where Gates had been appointed chair of the Afro-American studies department. Appiah and Gates continued to work together, co-editing the journal Transition, The Dictionary of Global Culture (1997), and Encarta Africana (1999), a CD-ROM encyclopedia. In addition, Appiah co-authored Color Conscious: The Political Morality of Race (1996) with Amy Gutmann and has written three mystery novels. Perhaps his most influential work, however, is the collection of essays titled In My Father’s House: Africa in the Philosophy of Culture, which won the 1993 Herskovits Prize of the African Studies Association. 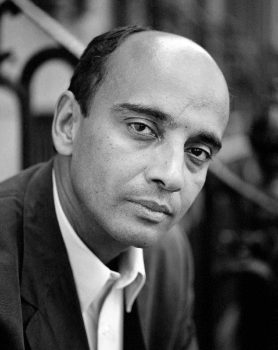