As a staff writer for the New Yorker magazine and in frequent public appearances throughout the media, Henry Louis Gates Jr. emerged in the mid-1990s as a national spokesperson on racial issues. He particularly attempted to refocus the country’s public policy debate by emphasizing that both the black middle class and the black underclass had grown considerably since the Civil Rights Movement of the 1950s and 1960s. “The class divide within our community is black America’s most urgent social problem,” he stated on “The Two Nations of Black America,” the Frontline program he wrote and hosted for WGBH-TV in 1998.

Gates was born in Keyser, West Virginia, the son of Pauline Coleman and Henry Louis Gates Sr. He grew up in Piedmont, a small town of about 2,000 people, 10 percent of whom were black. Gates’s father worked as a laborer in the local paper mill and as a part-time janitor; his mother was a housewife. Gates describes his youth and coming of age in the storytelling memoir Colored People (1994), in which he recalls a vibrant black community about to be weakened by the onset of racial desegregation. Colored People was Gates’s major crossover from writing for an academic audience to addressing a broad cultural readership.

Gates attended Yale University, graduating summa cum laude in 1973. He then earned a master’s degree and doctorate in literature from Clare College at Cambridge University in England. His supervisor was Wole Soyinka, the Nigerian writer who became the first African to receive a Nobel Prize in literature. Gates first came to national attention in 1981 while still a junior faculty member at Yale when he was in the first group of recipients of the MacArthur Foundation “genius” awards. Also, he identified the author of the novel Our Nig as Harriet E. Wilson, an African American, and so pushed back to 1859 the date of the first fiction published by a black woman.

Gates taught at Yale, Cornell, and Duke universities before going to Harvard in 1991 as W. E. B. Du Bois Professor of the Humanities, chair of the Department of Afro-American Studies, and director of the W. E. B. Du Bois Institute for Afro-American Research, the country’s oldest think tank in black studies. Inheriting a marginalized department with only one professor, Gates constructed a nationally recognized faculty by recruiting philosophers Kwame Anthony Appiah and Cornel West, sociologists Lawrence Bobo and William Julius Wilson, art historian Suzanne Blier, historian Evelyn Brooks Higginbotham, and anthropologist J. Lorand Matory. At the Du Bois Institute, where he has raised over $8 million in endowment, Gates is involved in sponsoring colloquia, conferences, and working groups, along with a publication series at Oxford University Press.

Gates’s major scholarly work is The Signifying Monkey: A Theory of Afro-American Literary Criticism (1988), which connects scholarly analysis with vernacular black expression. It won an American Book Award and was called “the Rosetta Stone of the American multicultural Renaissance” by writer and critic Ishmael Reed. An outspoken advocate of diversity, pluralism, and affirmative action, Gates has said, “Anglo-American regional culture is simply not universal.” He has been a central figure in opening the canon of American literature to include work of the highest quality not only by African Americans, but also by women, gays and lesbians, and other traditionally excluded writers.

A major contribution toward establishing the legitimacy of African American writing is The Norton Anthology of African American Literature (1996), which Gates coedited with Nellie Y. McKay. Ten years in the making, the Norton Anthology is a massive 2,665-page compilation with an accompanying compact disc of vernacular material. The book includes the work of 120 black authors dating from 1746 to the present in all literary genres: poetry, fiction, drama, autobiography, journals, and letters.

A prolific author and editor, Gates has produced literary criticism in Figures in Black: Words, Signs, and the Racial Self (1987) and Loose Canons: Notes of the Culture Wars (1992); editions of Frederick Douglass’s autobiography and other black classics; the 40-volume Schomburg Library of Nineteenth-Century Black Women Writers (1988 and 1991); and, with Cornel West, The Future of the Race (1996). In 1996 he and his family traveled in Africa from Zimbabwe to Dar es Salaam for the British Broadcasting Corporation/Public Broadcasting Service (BBC/PBS) television series Great Train Journeys. Gates was also the program’s screenwriter and narrator, as he was in 1999 for Wonders of the African World, also for BBC/PBS, which was accompanied by a major book under the same title. He has his own publishing line, Civitas, a division of Perseus Books, and serves as coeditor, with Kwame Anthony Appiah, of Encarta Africana. 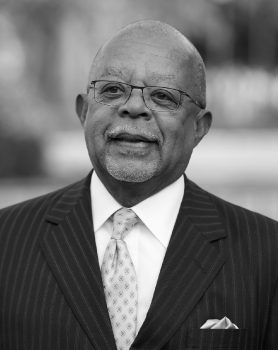