Taylor Branch received the Anisfield-Wolf Award in 1989 for Parting the Waters: America in the King Years, 1954-1963. A sweeping and authoritative examination of the work and days of Rev. Martin Luther King, Jr., Branch’s book also won the Pulitzer Prize for history. He has since published the second volume of that history, Pillar of Fire (1997), which covers the years 1963-1965. A third book, on King’s last years, is expected soon.

Born in 1947 in Atlanta, Branch attended the University of North Carolina, then did graduate work at Princeton. He dates his interest in politics to the 1963 racial violence in Birmingham, Alabama – an awakening that led him in 1969 to work registering voters in rural Georgia. The diary he kept during those months (and later turned in to unimpressed professors) found its way to Washington Monthly, which hired him as a writer and thus launched an unexpected career. He went on to write a study of corporate whistle-blowers, and to ghost-write the autobiographies of Watergate figure John Dean and NBA star Bill Russell, as well as contribute occasional speeches to Democratic politicians. 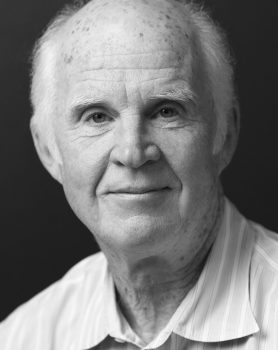