Stephen L. Carter has helped shape the national debate on issues ranging from the role of religion in American politics and culture to the impact of integrity and civility in our daily lives. The New York Times has called him one of the nation’s leading public intellectuals.

Mr. Carter, 48, was born in Washington, D.C., and received his bachelor’s degree from Stanford University and his law degree from Yale. He served as a law clerk for Judge Spottswood W. Robinson III, of the United States Court of Appeals for the District of Columbia Circuit, and for Supreme Court Justice Thurgood Marshall. In 1982, he joined the faculty of Yale University, where he is now William Nelson Cromwell Professor of Law.

His writings have won praise from across the political spectrum. His most recent book was God’s Name in Vain: The Rights and Wrongs of Religion in Politics (2000). Civility: Manners, Morals, and the Etiquette of Democracy (1998) was praised by, among others, Marian Wright Edelman, former Senator Bill Bradley, and the late John Cardinal O’Connor. On his The Culture of Disbelief: how American Law and Politics Trivialize Religious Devotion, commentators as diverse as Anna Quindlen, William F. Buckley, and former President Bill Clinton lauded. Mr. Carter’s other books include The Dissent of the Governed: A Meditation on Law, Religion, and Loyalty (1998); Integrity (1996); The Confirmation Mess: Cleaning Up the Federal Appointments Process (1994); and Reflections of an Affirmative Action Baby (1991).

Mr. Carter is a member of the American Law Institute and a fellow of the American Academy of Arts and Sciences. He is a trustee of the Aspen Institute, and has received six honorary degrees. Mr. Carter publishes widely in law reviews and the popular press, and has been a frequent guest on such television shows as Nightline, The News Hour with Jim Lehrer, and Face the Nation. Mr. Carter lives with is wife, Enola Aird, and their two children, near New Haven, Connecticut. In his spare time, Mr. Carter plays chess, reads history, theology, and fiction, and helps run a Boy Scout troop. 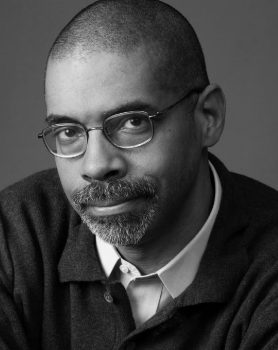