Adrienne Kennedy has been a force in American theatre since the early 1960s, influencing generations of playwrights with her hauntingly fragmentary lyrical dramas. Exploring the violence racism visits upon people’s lives, her plays express poetic alienation, transcending the particulars of character and plot through ritualistic repetition and radical structural experimentation. Frequently produced, read and taught, Kennedy’s works continue to hold a significant place among the most exciting dramas of the past fifty years.

She is a three-time Obie-award winning playwright, including Funnyhouse of a Negro in 1964 and June and Jean in Concert in 1996. Among Kennedy’s many honors are the American Academy of Arts and Letters award and the Guggenheim fellowship. She has been commissioned to write works for the Public Theater, Jerome Robbins, the Royal Court Theatre, the Mark Taper Forum and Juilliard. In 1995-1196, the Signature Theatre Company dedicated its entire season to presenting her works.

Kennedy has been a visiting professor at Yale University, Princeton, Brown University, the University of California at Berkeley and Harvard University.

Kennedy attended The Ohio State University and will receive an honorary doctorate in 2003 in recognition of the 50th anniversary of her graduation.

Born in Pittsburgh in 1931, Kennedy was raised in Cleveland. She currently resides in New York City. 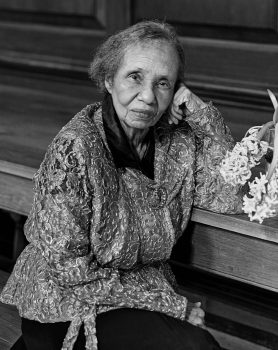