The great irony of the career of Ralph Ellison, one of the most celebrated of American novelists, may be that when he died at the age of 80, he had only published one novel. His second, on which he had been working for almost 40 years, was still unfinished. But with that extraordinary first work, Invisible Man, Ellison changed the standards for the American novel. As the Norton Anthology of American Literature says, with Invisible Man Ellison simultaneously “defined the historic moment of mid-20th century America” and “single-handedly re[wrote] the American novel as an African American adventure in fiction.”

Ellison was born in Oklahoma City, Oklahoma. His parents had migrated to Oklahoma from the South because they hoped the West might offer better opportunities for African Americans. Ellison’s father, an avid reader, named his son Ralph Waldo after 19th-century white American writer Ralph Waldo Emerson. His father died when Ellison was only three years old, and his mother worked a variety of jobs to raise Ralph and his brother. Ellison attended segregated public schools in Oklahoma City and excelled in music. When he graduated, local officials—afraid he would try to integrate a white Oklahoma college—gave him a scholarship to Tuskegee Institute (now Tuskegee University) in Alabama, and he arrived there by hitching a ride on a freight train in 1933.

Ellison had read widely since childhood, but college introduced him to a new variety of authors. He was especially captivated by the way he felt white American writer T. S. Eliot’s poem The Waste Land captured the rhythms of jazz. Ellison later said that discovery of the potential connections between music and literature was what led him to consider writing instead of music as a career. In 1936, when his scholarship ended, he took what he thought would be a short break in New York City, planning to save enough money to return to school in the fall. Instead, Ellison met the writers Langston Hughes and Arna Bontemps, who in turn introduced him to novelist Richard Wright. Once exposed to the black New York literary scene, he essentially remained in it, and in New York, for the rest of his life.

Ellison took a series of odd jobs to support himself, and studied white writers Ernest Hemingway, James Joyce, and Fyodor Dostoyevsky. In 1938 he got a job with the Federal Writers’ Project collecting black folklore and oral histories through interviews with older African Americans, which provided him with stories and insights that ultimately found their way into his later writings. Meanwhile, Wright, who was already known in New York as a writer and an activist in the Communist Party, became Ellison’s mentor. Ellison’s first published work was a 1937 book review in New Challenge, a radical journal that Wright edited. More reviews and essays in similar journals followed. Ellison’s first short stories, “Slick Gonna Learn” (1939) and “The Birthmark” (1940), explored the political and social constraints on black life in a narrative mode similar to the novel Wright was working on, Native Son (1940). But when even Wright criticized Ellison’s style for being too derivative of his own, their relationship deteriorated. Ellison gradually rejected Wright’s aesthetics and his politics, and matured into a style that was indisputably his own.

In 1940 and 1941, Ellison published two essays that praised the use of African American folklore in African American fiction. Black folklore, language, and customs figured prominently in several of his subsequent stories, including “Flying Home” (1944), which most closely prefigured Invisible Man. “Flying Home” was initially meant to be part of a novel about a black American World War II pilot captured by the Nazis. But in 1945, while still at work on that project, Ellison wrote a single sentence on a piece of paper: “I am an invisible man.” He later recalled that at the time, he had no idea what that line meant, but he became consumed by trying to imagine what kind of character would say such a thing. Over the next seven years the line turned into a story of its own, and became the opening sentence of Invisible Man.

Invisible Man follows its unnamed black narrator from South to North, from youth to adulthood, and from innocence and naiveté to experience and awareness. At the novel’s beginning, the narrator is just about to graduate from high school with a scholarship to attend a prestigious Southern black college. He is ambitious and optimistic that the world will be full of promise for a smart black boy who works hard, but shortly before leaving home he has a dream in which his dead grandfather appears to him and, in a parody of a high school diploma ceremony, presents him an engraved plaque that reads “To Whom It May Concern: Keep This Nigger Boy Running.”

The narrator is kept running for the rest of the novel—by the patronizing white trustees and accommodationist black founder of his college; by the white men he hopes will hire him when he is forced to leave school and seek work in New York; by the boss at the paint factory where he does find a job; and by the leaders of the Brotherhood, an organization much like the Communist Party, who recruit and train him to be a leader but reject him when he becomes more powerful than they would like. At the novel’s end, the narrator finally realizes he has suffered because he has allowed his identity to be defined by others who do not really know him, who see him as indistinguishable from other black people, who do not value his individuality—he has been defined by people to whom he is invisible.

Invisible Man was immediately celebrated not only as a key exploration of the contemporary African American psyche, but also for its very modern depiction of the fragmentation, invisibility, and lack of self-knowledge many people experienced in the larger American society. In 1965 a poll of 200 critics called Invisible Man “the most distinguished American novel written since World War II.” Ellison followed the book with two collections of his essays, interviews, and speeches on the African American experience, Shadow and Act (1964) and Going to the Territory (1986). In the late 1950s, he also began work on his much-awaited second novel.

During the 1960s, many radical black writers were openly critical of Ellison’s belief that African Americans are fundamentally American, shaped by the United States more than by Africa. But within several years, public opinion had swayed to affirm Ellison’s point of view, and readers once again held high hopes for the next novel—which Ellison hinted would be a multivolume masterpiece. He apparently kept going even after a fire at his summer home destroyed a year’s worth of manuscript, still reconstructing and revising his work; but he died of cancer in 1994 without having completed it.

After Ellison’s death, his literary executor, John Callahan, a professor at Lewis and Clark College in Portland, Oregon, organized the thousands of manuscript pages with the help of Fanny Ellison, Ellison’s widow, and in 1999 published an edited portion of them as the novel Juneteenth. Juneteenth revolves around the deathbed conversations of Senator Adam Sunraider, a politician of uncertain racial origin, with Reverend Hickman, an old black minister. Hickman, it turns out, had raised the light-skinned Sunraider as an adopted son and a preacher in the black church, but the boy had run away and turned his preaching skills to the work of race-baiting demagoguery as a white politician. The published book represents only a fraction of Ellison’s sprawling vision for the novel. Those who have read the full manuscript describe Juneteenth as representing Book II of a narrative scheme that Ellison left unresolved at his death. Callahan promised to include further unpublished sections and drafts for the novel in a subsequent scholar’s edition. In addition, several of Ellison’s unpublished short stories were posthumously collected along with his early published stories in the 1996 volume Flying Home.

In his creation of a new style that embraced black folk tradition and emphasized the importance of self-knowledge and self-awareness for African Americans, Ellison broke new ground for the generation of black authors who followed him. And his sharp observations on the problem of black “invisibility” in white culture gave new insights on the American racial scene to a generation of black and white readers. 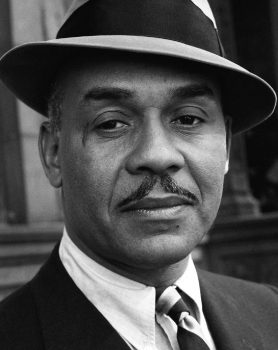