As the Canadian-born daughter of Ghanaian immigrants, Esi Edugyan grew up between worlds. “Loyalties were always mixed,” she said, “and the world inside the walls of my home was significantly different from the world beyond it.”

Edugyan was raised in Calgary and graduated from the University of Victoria and Johns Hopkins University. Her work has appeared in several anthologies, including Best New American Voices 2003 and Revival: An Anthology of Black Canadian Writing (2006). Her debut novel, The Second Life of Samuel Tyne, was nominated for the Hurston/Wright Legacy Award.

Edugyan has held fellowships in the United States, Scotland, Iceland, Hungary, Finland, Spain, and Belgium. While working as a writer-in-residence in Stuttgart, Germany, she found the inspiration for her second novel, Half-Blood Blues, a tale of African-American jazz musicians who flourished in Berlin during the cabaret heyday of the Weimar Republic and then found themselves endangered by the rise of the Third Reich.

Half-Blood Blues is the winner of the 2011 Scotiabank Giller Prize, Canada’s most prestigious literary award, and the 2012 Ethel Wilson Fiction Prize. The novel was short-listed for the Man Booker Prize, the Orange Prize for Fiction, and the Walter Scott Prize for Historical Fiction. 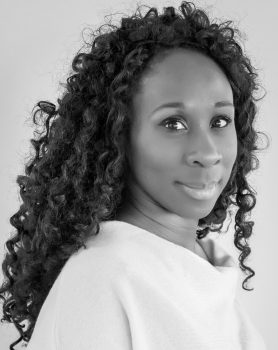