It is surprising to note that Arnold Rampersad, one of our nation’s premier biographers, was born and raised outside the country. “Growing up as a schoolboy in Trinidad, I received an education in literature that some people might dismiss as ‘colonial,’ ” he said. “It nevertheless served me well in dealing with the complexities of American biography.”

His award-winning biographies have profiled W.E.B. Du Bois, Langston Hughes, Jackie Robinson, Arthur Ashe, and Ralph Ellison. A renowned literary scholar and critic, he has also edited editions of the works of Richard Wright and Langston Hughes. His two-volume work, The Life of Langston Hughes, is widely considered the definitive biography of the poet. Volume One, published in 1986, won an Anisfield-Wolf Book Award for Nonfiction in 1987. Volume Two, published in 1988, was a finalist for the Pulitzer Prize in 1989. His Ralph Ellison: A Biography was a finalist for the 2007 National Book Award. Rampersad also won an American Book Award in 1990.

A graduate of Bowling Green State and Harvard universities, Rampersad is currently the Sara Hart Kimball Professor in the Humanities, Emeritus, at Stanford University. He has also taught at Rutgers, Columbia, and Princeton universities.

From 1991 to 1996, he held a MacArthur Foundation fellowship. He is an elected member of the American Academy of Arts and Sciences and the American Philosophical Society. In 2010, Rampersad was awarded the National Humanities Medal. 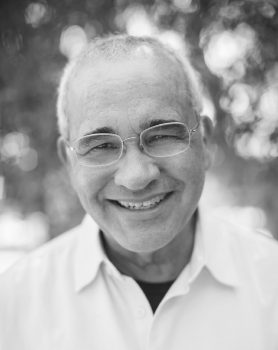