Public intellectual Charles King lectures widely, writes extensively and pops up as an expert on “The Rachel Maddow Show” and other cable outlets. He teaches international affairs and government at Georgetown University, where students have three times voted him professor of the year. A first-generation college student, he grew up on a small cattle farm in the Ozark foothills near Springdale, Arkansas. His mother, Karleen, worked as a junior high school cook, and his late father, Jackie, as a machinist and a farmer.

King studied history and philosophy at the University of Arkansas before becoming a British Marshall scholar at Oxford University. There he earned his graduate degrees, centering his research on the countries of Eastern Europe and the former Soviet Union.

Known for his lucid, well-researched books of nonfiction, King won a National Jewish Book Award in 2011 for “Odessa.” He has focused his scholarship on nationalism, ethnic politics, transitions from authoritarianism and the relationship between history and the social sciences. It is this last category that animates “Gods of the Upper Air.”

The title derives from a passage in Zora Neale Hurston’s memoir, “Dust Tracks on a Road,” which won an Anisfield-Wolf Book Award in 1943. “I do not say that my conclusions about anything are true for the Universe, but I have lived in many ways, sweet and bitter, and they feel right for me…,” Hurston wrote. “I have walked in the storms with a crown of clouds about my head and the zig zag lightening playing through my fingers. The gods of the upper air have uncovered their faces to my eyes.”

Hurston is a crucial figure in “Gods of the Upper Air,” a group portrait of four groundbreaking anthropologists and their mentor, the brilliant, eccentric German immigrant Franz Boas. Together they upended many of the racist and sexist verities marbled into “modern” thinking a century ago.

“This book is about the women and men who found themselves on the front lines of the greatest moral battle of our time,” King writes, “the struggle to prove that—despite differences of skin color, gender, ability or custom—humanity is one undivided thing.”

Harvard University psychologist Steven Pinker, an Anisfield-Wolf juror, said he has been waiting for a book that would do justice to this circle of social scientists.

“‘Gods of the Upper Air’ recounts nothing less than one of the epochal changes in the history of Western thought,” he writes. “Today it’s second nature for educated people to attribute differences in the fortunes of races, ethnic groups and sexes to ‘culture’ rather than being the proper stations of people who were innately primitive or otherwise fitted to their roles. It is also part of our common understanding that our mores and practices are parochial (and potentially changeable) habits of place and time rather than being the only way that civilized life can be lived. But commonplaces weren’t always common – who hasn’t been shocked by the casual racism and sexism of even scholarly articles written a century ago? The clique of renegade anthropologists trained by Franz Boas deserves credit for this monumental shift.”

Without Mead’s compulsion to save every scrap and artifact, writing “Gods of the Upper Air” would have been impossible, King said. He told an audience at the Library of Congress, where Mead’s papers are archived, that he was deeply moved reading about the great love affair between Benedict and Mead, who described watching her lover’s hair halo on a train platform and realizing – when the pair were still young women unknown to the world – that they would be bound for life.

And so they were. “In 2019, it’s easy to imagine Benedict and Mead settling into a happy academic marriage with a big house and kids and dogs,” mused Alison Gopnik, a professor of psychology and philosophy at the University of California, Berkeley. “In 1919, it was impossible. But the anthropologists who showed how sexual patterns and expectations could vary and change helped make that kind of marriage a reality.”

Still, King said he would have much rather tagged along with Hurston on her fieldwork to Haiti than with Mead to the South Pacific, from which she wrote her 1928 masterpiece “Coming of Age in Samoa.”

King also esteemed Deloria, born Anpetu Waste Win, or Beautiful Day Woman, on the Standing Rock reservation in South Dakota. She proved an indispensable scholar documenting the subtleties of the Plains Indians’ languages and rituals, one of the few among his many students, with whom Boas shared joint, formal authorship.

For his part, King credits many years of conversations with his wife, the anthropologist and author Margaret Paxson, for stirring his interest in the renegades in her field. He dedicates “Gods” to her. The couple lives in Washington, D.C. 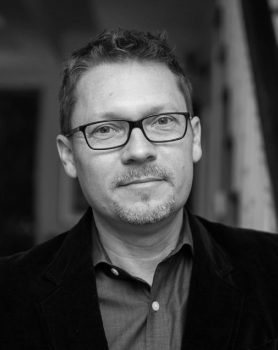