Ilya Kaminsky was born in 1977 in Odessa, part of the former Soviet Union. When he was 4 years old, a doctor misdiagnosed his mumps as a cold and sent him home, a mistake that left young Ilya mostly deaf. Twelve years later, amid rising anti-Semitism, the United States granted his family asylum. The teenager found himself in Rochester, New York, where he was fit with his first hearing aids.

The following year, Ilya’s father died, and he began writing poems in his new language. “I chose English because no one in my family or friends knew it – no one I spoke to could read what I wrote,” he told the Adirondack Review. “I myself did not know the language. It was a parallel reality, an insanely beautiful freedom. It still is.”

Kaminsky, celebrated for his facility with words in Russian, Ukrainian and English, became a lawyer first. He earned a Bachelor of Arts from Georgetown University in political science and a Juris Doctorate from the University of California, Hastings College of Law. He clerked for San Francisco Legal Aid and the National Immigration Law Center. More recently, he worked pro-bono as the Court Appointed Special Advocate for orphaned children in Southern California.

When Kaminsky was in his mid-20s, he sent a manuscript to the Tupelo Press, winning its Dorset Prize, an honor that launched his first book “Dancing in Odessa.” It was hailed as the harbinger of a major new voice and translated into more than 20 languages.

Fifteen years later, “Deaf Republic” arrived to even broader critical acclaim. On its merits, the British Broadcasting Corporation named Kaminsky “one of the 12 artists that changed the world in 2019.”

The book opens in an occupied territory during a time of political unrest. It asks what happens when the citizens of a country no longer hear one another. “Deaf Republic” is bracketed by two clarion poems that seem to frame our contemporary political and moral predicament. The rest of the 59 poems here are divided into two acts: “The Townspeople Tell the Story of Sonya and Alfonzo” and “The Townspeople Tell the Story of Momma Galya.”

The first poem of Act One, “Gunshot,” is dedicated to Jericho Brown. In it, a soldier breaking up an illegal assembly shoots and kills a young deaf boy who had the temerity to spit at him. The shot renders the entire town deaf: “The sound we do not hear lifts the gulls off the water.” In the prevailing silence and military crackdown, the citizens foment their dissent with sign language, some of which is illustrated in the book.

The poems follow a newly married couple expecting a child and Momma Gayla, a kind of Mother Courage, who hides the insurgency amid puppet theater during the day and helps lure soldiers to their deaths behind the curtain at night. Despite the heroism, and the flashes of beauty, matters do not end well.

In the poem “Cigarette,” Kaminsky writes “God, / deaf have something to tell / that not even they can hear –.” The poem ends

You will find me, God,
like a dumb pigeon’s beak, I am
pecking
every which way in astonishment.

After the National Book Critics Circle made “Deaf Republic” a finalist in January, Kaminsky told its interviewer “I love human beings. Time squeezes us from both ends like accordions, and I love the music we make. One might choose to see it from a distance. I prefer to see it from the inside, in the midst of these person-to-person interactions. If I fail to be a human being first, I fail my poetry.”

Indeed, intimacy on the page is one of Kaminsky’s strengths. “You are two fingers more beautiful than any other woman / I am not a poet, Sonya / I want to live in your hair” he writes. He dedicates the love poems to his wife, the poet Katie Farris. He writes “Deaf Republic” “In Memory of Ella and Viktor Kaminsky,” his parents. In Odessa, his mother was a bookkeeper, and his father – prevented from attending university by authorities who deemed the family “an enemy of the people” – worked as a cook and in a factory.

“Evident throughout [‘Deaf Republic’] is a profound imagination, matched only by the poet’s ability to create a republic of conscience that is ultimately ours, too, and utterly his own – a map of what it means to live ‘in a peaceful country,’” wrote Kevin Young, a 2018 Anisfield-Wolf recipient.

The carefully drawn pictographs in “Deaf Republic” conclude the book. The reader who has paid attention should be able to sequence the four drawings. They translate, roughly: “The town watches the story of the earth.”

Since 2018, Kaminsky has held the Bourne Chair in Poetry at the Georgia Institute of Technology. He and Farris live in Atlanta. 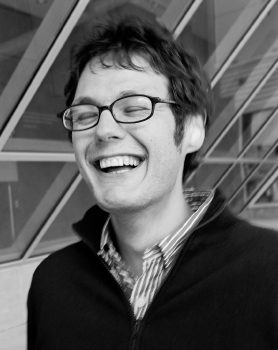