Although Ernest Gaines has spent much of his adult life in the San Francisco Bay Area, all of his work returns to the setting of his southern Louisiana childhood, with its complicated intersections of African American, Creole, Cajun, and white culture. Gaines was born on the River Lake Plantation in Oscar, Louisiana, in Point Coup Parish, and was raised largely by a disabled great-aunt who later provided the model for his powerful fictional character Miss Jane Pittman. The parish had no black high school, and when Gaines was 15 his mother and stepfather sent for him to join them in Vallejo, California, where he could continue his education. After graduating from high school, he attended a junior college and served in the military before receiving a bachelor’s degree in English from San Francisco State College in 1957.

In college, Gaines began to read voraciously and write his own stories. He was never exposed to black writers, and so his literary models were such white American writers as Ernest Hemingway and William Faulkner, and European writers such as Russian novelist Leo Tolstoy. He decided early, however, to focus his own writing on what he knew—which meant portraying African American culture and language. Gaines published his first short stories in a college literary magazine, where white literary agent Dorothea Oppenheimer noticed them. Oppenheimer helped Gaines obtain a fellowship to Stanford University to study creative writing and a contract with Dial Press that led to his first novel, Catherine Carmier (1964).

Catherine Carmier and Gaines’s second novel, Of Love and Dust (1967), both use interracial relationships as a means of exploring the complexities of racial intolerance and injustice in Louisiana. He explored similar themes in the short story collection Bloodline (1968). Each of these books bolstered his literary reputation, but it was The Autobiography of Miss Jane Pittman (1971) that brought Gaines widespread recognition. In this novel, the eponymous 108-year-old heroine tells her life story in her own words—a life story that follows Miss Jane and her community through slavery, Reconstruction, Jim Crow, and the civil rights movement. The compelling narrative that resulted — still considered Gaines’s masterpiece—became a best-selling book and a successful television movie.

Gaines followed that novel with In My Father’s House (1978), A Gathering of Old Men (1983), and A Lesson Before Dying (1993). Throughout his career, one of Gaines’s hallmarks has been his ability to capture authentic African American voices. Most of his novels and short stories are first-person narratives, and his skill in portraying black speech is felt in every line. Gaines is also applauded for his gift of evoking the Louisiana community he describes — a process he calls “knowing the place, knowing the people.” By doing both successfully, he is able to write about them so convincingly that his readers feel as if they know the place and people too.

This talent proved especially important in The Autobiography of Miss Jane Pittman, which reached an audience of unprecedented breadth. Said one critic, “more than any other single book, this novel helped white Americans understand the personal emotions and the historical events that had produced the civil rights revolution.” Gaines lives in California, but since 1983 has spent part of each year as a professor of English at the University of Southwestern Louisiana in Lafayette. 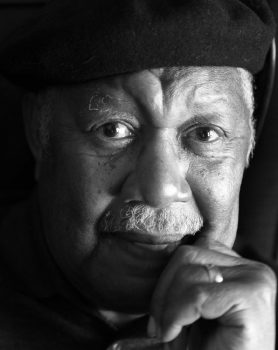