Author of two award-winning novels, Korean-American author Chang-rae Lee believes that “a good story is a journey of the mind, not a record of fact.”  Lee regards writing as a form of unhampered self-expression. By exploring his own experiences as a second-generation Korean-born American, Lee’s novels portray the tensions between assimilation into a society and alienation from oneself and one’s heritage.  While he writes without political motivations, Lee says, “If you’re an artist, you end up being a political artist. . . .you’re telling a basic truth, with all the implications that the truth will have.”  Lee is praised for his perceptive depiction of emotional undulations and his subtle irony.

His first novel, Native Speaker (Riverhead Books, 1995), received more than eight honors and prizes, including the PEN/Hemingway Award, the American Book Award, and the Barnes & Noble Discover Award.  Time magazine named Native Speaker one of the Year’s Best Books of 1995, and it was translated into Korean and Italian.  While A Gesture Life (Riverhead Books, 1999) elaborates upon Lee’s theme of fractured identity, it also addresses the issue of Korean comfort women, who were compelled by the Japanese military to be sex slaves for soldiers during World War II.  Lee exposes the issue of comfort women in an intimate and compassionate way, concerning himself with the psychological effects of the atrocity on both the women and the soldiers.

Lee was born in Seoul, Korea in 1965 and immigrated with his family to the United States at the age of three.  He was raised in the Westchester suburbs of New York and attended Phillips Exeter Academy before majoring in English at Yale University.  Upon graduation, Lee analyzed stocks on Wall Street for a year before fully devoting himself to his passion for writing.  He graduated from the University of Oregon with a Master of Fine Arts degree at the same time as Native Son was published.  He currently serves as Director of the MFA Program at Hunter College of CUNY, where he teaches writing workshops and seminars in literature and researches a third novel. 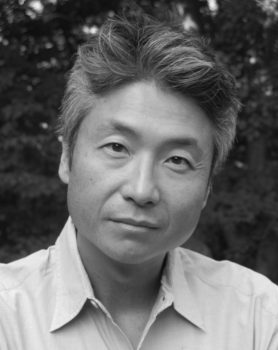