Elizabeth Alexander is a poet, essayist, playwright, and teacher born in New York City and raised in Washington, DC. Alexander has degrees from Yale University and Boston University and completed her Ph.D. in English at the University of Pennsylvania. Most recently, she composed and delivered “Praise Song for the Day” for the inauguration of President Barack Obama. The poem has recently been published as a small book from Graywolf Press. In addition, she has published five books of poems: The Venus Hottentot (1990), Body of Life (1996), Antebellum Dream Book (2001), American Sublime (2005), which was one of three finalists for the Pulitzer Prize and was one of the American Library Association’s “Notable Books of the Year;” and her first young adult collection (co-authored with Marilyn Nelson), Miss Crandall’s School for Young Ladies and Little Misses of Color (2008 Connecticut Book Award). Her two collections of essays are The Black Interior (2004) and Power and Possibility (2007), and her play, “Diva Studies,” was produced at the Yale School of Drama.

Professor Alexander is the first recipient of the Alphonse Fletcher, Sr. Fellowship for work that “contributes to improving race relations in American society and furthers the broad social goals of the U.S. Supreme Court’s Brown v. Board of Education decision of 1954.” She is the 2007 winner of the first Jackson Prize for Poetry, awarded by Poets & Writers, Inc. Other awards include a National Endowment for the Arts Fellowship, two Pushcart Prizes, the George Kent Award, given by Gwendolyn Brooks, a Guggenheim fellowship as well as the Quantrell Award for Excellence in Undergraduate Teaching at University of Chicago. She is currently chair of the African American Studies Department at Yale University. 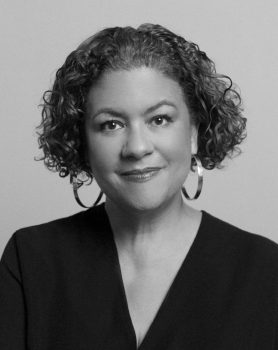