Poet and public intellectual Kevin Young was born in Lincoln, Nebraska. His family moved often, but he grew up mostly in Topeka, Kansas, with regular jaunts to northern and southern Louisiana, where his parents’ extended families lived. He is the only child of ophthalmologist Dr. Paul E. Young and chemist and administrator Dr. Azzie Young.

Kevin Young became the poetry editor of The New Yorker last fall, and a year earlier, the director of Harlem’s Schomburg Center for Research in Black Culture, part of the New York Public Library. In writing 13 books and editing eight, Young’s creative life has centered on archives, poetry and explorations of blackness.

Bunk: The Rise of Hoaxes, Humbug, Plagiarists, Phonies, Post-Facts, and Fake News is an American cultural history that explores almost 200 years of perpetrating frauds – from P.T. Barnum to birther-ism. The word “bunk” itself comes from politics, sourced to a congressional debate over the Missouri Compromise and slavery. Young connects the timing of the development of our modern notion of race—itself a falsehood—with the coining of the word “hoax.”

The author spent six years writing Bunk, watching hoaxes become meaner and more frequent, even as he built a bibliography of 127 books on the topic, thousands of articles and 23 films. He began the project wondering about why we deceive ourselves, and ended up thinking about why we believe – particularly our worst fears about one another. “We’re in a bad patch,” he observed to librarian Nancy Pearl, noting that hoaxing breeds contempt. “Telling the truth is how we honor each other.”

Anisfield-Wolf winner Marlon James captured much of the critical response to Bunk: “There Kevin Young goes again, giving us books we greatly need, cleverly disguised as books we merely want.”

Young’s roots lie in poetry, which he began writing as a 13-year-old attending a summer session at Washburn University. He went on to study with Seamus Heaney and Lucie Brock-Broido at Harvard College and wrote the majority of his first book, Most Way Home, while an undergraduate. Anisfield-Wolf poet Lucille Clifton selected it for the National Poetry Series in 1993.

“This poet’s gift of storytelling and understanding of the music inherent in the oral tradition of language re-creates for us an inner history which is compelling and authentic and American,” she wrote.

Young is often asked if he is a musician. He demurs, although he admitted in 2009 to failbetter.com interviewer Mary Donnelly, “I love music – I write to it. I have a wide, wide musical taste and as of this writing, 14,394 songs on my computer.”

Other influences include Langston Hughes, John Berryman, Emily Dickinson and the artist Jean-Michel Basquiat. Young’s 2001 book, To Repel Ghosts, is a poetic channeling of him.

Young studied at Stanford and Brown universities, then spent 20 years as a poet teaching writing, 12 of them at Emory University in Atlanta. While serving as a professor of English, he simultaneously worked as a curator of literary collections in the university’s poetry center.

Young is married to Kate Tuttle, a literary critic. 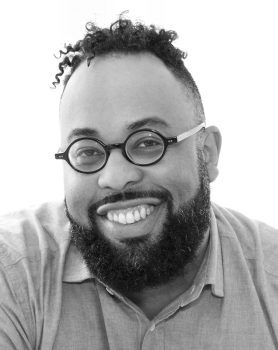