Novelist William Demby, born on Christmas Day 1922 in Pittsburgh, PA, grew up in Clarksburg, WV. He attended West Virginia State College for a time, with World War II interrupting his education. Demby entered the horse cavalry of the U.S. Army, served in both Italy and North Africa and wrote for Stars and Stripes.

After the war, Demby enrolled in Fisk University and received a Bachelor of Arts degree in 1947. He returned to Rome where he wrote filmstrips for the Italian film and television industries and translated Italian screenplays in to English. Demby served as the English translator for virtually all of the important Cinecitta films by Antonioni, Fellini, Visconti and Rossellini, and was the assistant director for the dialogue on Rossellini’s “Europe 51,” starring Ingrid Bergman. While in Italy, Demby wrote Beetlecreek, his first novel, published in 1950. Beetlecreek, a story of race relations in a remote West Virginia town, was praised by one reviewer as a new voice in African American literature, “one that is neither the ghetto realism of Richard Wright nor the ironic modernism of Ralph Ellison.”

Demby followed with The Catacombs (1965), Love Story Black (1978) and Blueboy (1979). His work has been recognized for its distinct use of language and form, described as a unique pairing of traditional themes and modernist style.

William Demby on Writing
“Writing these novels was as often as not a sobering learning experience. Beetlecreek taught me that Truth is seldom a blazing billboard of light, but as often as not the revelation of a gentle unfolding flower.

“Writing The Catacombs was a monk’s daily intimidating lesson revealing yet another quirky turn in the mysteriously meandering path of history.

“Love Story Black, which I meant to be a light-hearted gothic medieval tale, still frightens me because of the terrifying power of what it leaves unsaid.” 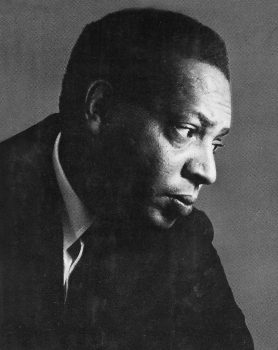