The island is nearly deserted, haunting, and beautiful. Across a slip of ocean lies South Carolina. But for the handful of families on Yamacraw Island, America is a world away. For years the people here lived proudly from the sea, but now its waters are not safe. Waste from industry threatens their very existence–unless, somehow, they can learn a new life. But they will learn nothing without someone to teach them, and their school has no teacher. Pat Conroy’s extraordinary drama is based on his own experience–the true story of a man who gave a year of his life to an island and the new life its people gave him.

Pat Conroy was born in Atlanta, Georgia, to a young career military officer from Chicago and a Southern beauty from Alabama, whom Pat often credits for his love of language. He was the first of seven children. After graduation from the Citadel Military Academy in Charleston, South Carolina, Conroy taught English in Beaufort, where he met and married a young woman with two children, a widow of the Vietnam War.

He then accepted a job teaching underprivileged children in a one-room schoolhouse on Daufuskie Island off the South Carolina shore. After a year, Conroy was fired for his unconventional teaching practices – such as his refusal to allow corporal punishment of his students – and for his personal differences with the school’s administration. Conroy evened the score by exposing the racism and appalling conditions his students endured with the publication of The Water is Wide in 1972. The book won Conroy a humanitarian award from the National Education Association and was made into the feature film Conrack, starring Jon Voight. Conroy currently lives in Beaufort, South Carolina with his wife, the novelist Cassandra King. 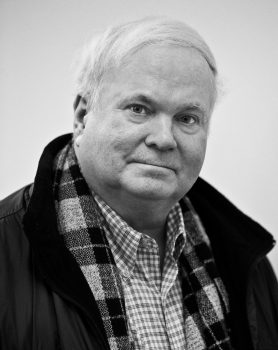