Erdrich’s 13th novel, a multi-generational tour de force of sin, redemption, murder and vengeance, finds its roots in the 1911 slaughter of a farming family near Pluto, North Dakota. The family’s infant daughter is spared, and a posse forms, incorrectly blames three Indians and lynches them.

One, Mooshum Milk, miraculously survives. Over the next century, descendants of both the hanged men and the lynch mob develop relationships that become deeply entangled, and their disparate stories are held together via principal narrator Evelina, Mooshum Milk’s granddaughter, who comes of age on an Indian reservation near Pluto in the 1960s and 70s and forms two fateful adolescent crushes: one on bad-boy schoolmate Corwin Peace and one on a nun. Though Evelina doesn’t know it, both are descendants of lynch mob members. The plot splinters as Evelina enrolls in college and finds work at a mental asylum; Corwin spirals into a life of crime; and a long-lost violin (its back story is another beautiful piece of the mosaic) takes on massive significance. Erdrich plays individual narratives off one another, dropping apparently insignificant clues that build to head-slapping revelations as fates intertwine and the person responsible for the 1911 killing is identified.

Louise Erdrich is the author of twelve novels as well as volumes of poetry, children’s books, and a memoir of early motherhood. Her debut novel, Love Medicine, won the National Book Critics Circle Award. The Last Report on the Miracles at Little No Horse was a finalist for the National Book Award. Her most recent novel, The Plague of Doves, a New York Times bestseller, received the highest praise from Philip Roth, who wrote, “Louise Erdrich’s imaginative freedom has reached its zenith–The Plague of Doves is her dazzling masterpiece.” Louise Erdrich lives in Minnesota with her daughters and is the owner of Birchbark Books, a small independent bookstore. 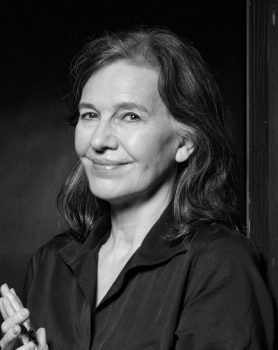