Brown won the prestigious Whiting Writers award in 2009 and fellowships from the Bread Loaf Writers’ Conference, the Krakow Poetry Seminary in Poland, the National Endowment for the Arts, and the Radcliffe Institute at Harvard University, where he worked on his second poetry collection, The New Testament. An assistant professor of English at Emory University in Atlanta, Brown is celebrated for his intense musicality, lyrical clarity and muscular impact. “Every last word is contagious” he writes to end the poem Heartland.

Here is his poem ‘N’em

They said to say goodnight
And not goodbye, unplugged
The TV when it rained. They hid
Money in mattresses
So to sleep on decisions.
Some of their children
Were not their children. Some
Of their parents had no birthdates.
They could sweat a cold out
Of you. They’d wake without
An alarm telling them to.
Even the short ones reached
Certain shelves. Even the skinny
Cooked animals too quick
Too catch. And I don’t care
How ugly one of them arrived,
That one got married
To somebody fine. They fed
Families with change and wiped
Their kitchens clean.
Then another century came.
People like me forgot their names. 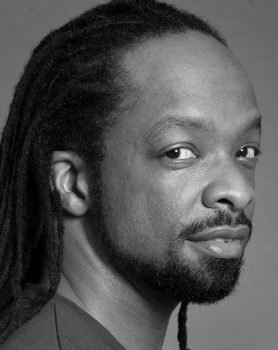