Marlon James was born in 1970 in Kingston, Jamaica, the son of a police detective and her lawyer husband. James credits his mother’s perceptiveness in the volatile decade after his birth for informing A Brief History of Seven Killings, a novel that hinges on an assassination attempt on Bob Marley in December 1976.

James graduated from the University of West Indies in 1991 with a degree in literature, and then earned a master’s in creative writing from Wilkes University in Pennsylvania.  He has taught creative writing at Macalester College in St. Paul, Minnesota since 2007.

James’ second novel, The Book of Night Women, concerns a slave rebellion on a Jamaican sugar plantation at the dawn of the 19th century. It won the Dayton Literary Peace Prize in 2010 and was a finalist for the National Book Critics Circle Award.

A Brief History of Seven Killings is an epic chorus-in-the-round, with some 30 narrators, each in various patois, telling their story as it intersects with the Singer, as James calls the reggae legend over these 700 pages. This tour-de-force novel begins with a ghost, Arthur Jennings, describing his own political murder, and moves through chapter-length narratives from the Singer, police, informers, gangsters, journalists, politicians, CIA agents, drug enforcers and informants, dons and a woman, Nina Burgess, whose single night with the Singer derails her. With each distinct voice, James creates another angle on violence, drugs, corruption, tenderness and cruelty. “I hate politics,” Burgess says. “And I hate that I have to know.”

Readers of James’ fiction find they need to know. 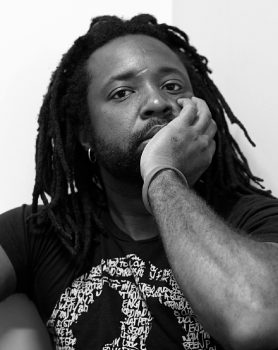