With the exception of the larger African states, Brazil contains the largest negro population in the world. The living conditions of this group and their integration into the predominantly Caucasian Brazilian society, is at the same time surrounded by a number of myths. Central to the thinking about the negro in Brazilian society is the myth of racial democracy and the absence of prejudice. Anyone who has visited Brazil will have noted the eagerness with which Brazilians expound this thesis. On a scholarly level this notion finds its expression in, among other things, the theory of the tolerance of the Luso-Tropical culture, as set forth by well known scholars like Gilberto Freyre. Florestan Fernandes’ book sets out to dispel this myth.

Florestan Fernandes was a Brazilian sociologist and politician. He came from a poor family with his mother being a “washerwoman.” In youth he took a series of odd jobs and had an erratic education until he attended the university in 1941. In 1945 he graduated and by 1964 was a full professor in sociology. In that same year he won the Prêmio Jabuti (the most important and well-known literary award in Brazil). In 1969 he fled to Canada for political reasons and began to teach at the University of Toronto. In 1973 he returned to Brazil and became involved in the Partido dos Trabalhadores. 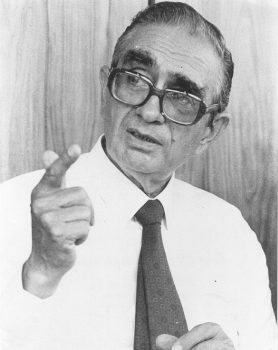