As a historian of the American South, Dan T. Carter’s writings deal with themes such as regionalism, nationalism, racism, truth, and the law. Carter’s book Scottsboro: A Tragedy of the American South (1969) received instant acclaim when it was published at the height of the Civil Rights Movement. Scottsboro won the Bancroft Prize in History, the Jules Landry Prize, and the Anisfield-Wolf Award in 1970. Carter’s historical investigation traces the struggle for justice of nine Black men falsely accused of raping two white women, a battle that was brought to court in 1930 and was ultimately heard by the Supreme Court of Alabama several years later. Scottsboro was praised both for its accurate portrayal of the details of the case and its incisively nuanced discussion of Southern mores.

His recent books, such as The Politics of Rage: George Wallace: The Origins of the New Conservatism and the Transformation of American Politics (1995) and From George Wallace to Newt Gingrich: Race in the Conservative Counterrevolution (1996), explore the roots of today’s neo-conservative agenda in the politics of Alabama’s four-term governor, George Wallace. Carter is currently studying Forrest Carter, who was a segregationist and speechwriter of George Wallace. 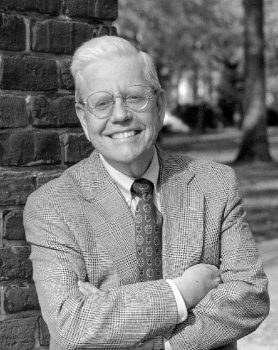