Recipient of the Anisfield-Wolf Award in 1997 for his memoir, The Color of Water, James McBride is a jazz musician as well as a writer, and the jazz tradition of complementary solos can be seen in his written work. The story of life lived on both sides of the color line, McBride’s memoir gives equal space to the voice of his white mother (who was disowned by her Orthodox Jewish family for marrying a black man) and his own questions about navigating black identity as a mixed-race person.

Born in 1957, McBride was the youngest of eight children born to Ruth and Andrew McBride, a deeply religious couple who had founded a black church in the Red Hook section of Brooklyn. After her first husband died, Ruth McBride went on to marry again and with her second husband, also a black man, have four more children. All twelve of her children went on to attend college, and most of them also completed graduate studies. McBride first wrote about his mother in an essay for the Boston Globe; enthusiastic responses from readers encouraged him to expand the work into a book.

The Color of Water takes its title from a conversation McBride had with his mother, who, he writes, would not acknowledge her whiteness to her curious son. In a conversation when he was a child, McBride recalls asking his mother what color God is, to which she replied “God is the color of water. Water doesn’t have a color.” In time, as McBride describes in the book, he grew to realize his mother was white – and to understand her courage in undertaking life as “the only White person in sight.” His mother’s race and his own biracial heritage, prompted questions of McBride’s own racial identity; his book offers a richly nuanced picture of how fluid and textured identity ultimately is. 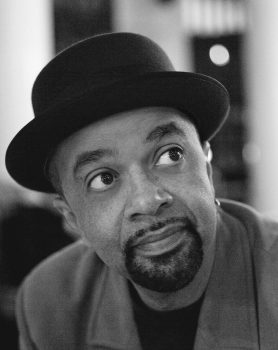