Haley was born in Ithaca, New York, and grew up in Henning, Tennessee, with maternal relatives who spent many hours telling family stories, some of which extended back to Africa. This exposure directed the course of much of Haley’s work as an adult. Haley completed high school at the age of 15 and attended two years of college, but was uninspired by his studies and left school to join the United States Coast Guard. He began writing to counteract the tedium of life at sea. When Haley retired from the service in 1959, he was a mature, self-taught writer.

Haley settled in Greenwich Village in New York City, determined to make his name as a journalist. After a period of hard work and obscurity, he broke into mainstream publications such as Readers’ Digest, Harper’s, and the New York Times Magazine. In 1962 he sold an interview with jazz musician Miles Davis to Playboy that began the magazine’s famous interview series. Later that year, Playboy commissioned Haley to interview political activist Malcolm X, an assignment that led to Haley’s first book, his ghost-written Autobiography of Malcolm X.

The Autobiography of Malcolm X (1965) sold more than five million copies and changed the nation’s opinion of the black nationalist leader. The book, which concludes with Malcolm X’s reevaluation of the Nation of Islam religious movement, highlights the complexity, compassion, and humanity of a figure whose public image might otherwise have remained monolithic and negative. The assassination of Malcolm X in 1965 increased public interest, and Haley’s book became required reading in many college courses.

Soon after the publication of The Autobiography of Malcolm X, Haley began research for a second contribution to African American literature. Half fiction and half fact, the epic Roots (1977) traced Haley’s own maternal lineage back to an enslaved West African named Kunta Kinte, and captured the attention of the nation. Haley took 12 years to write and research Roots, consulting relatives, archives, and libraries as well as a tribal historian from Kunta Kinte’s village. At one point Haley even attempted to recreate the Middle Passage experience of enslaved Africans by sleeping in the hold of a transatlantic ship.

Roots sold more than 8.5 million copies, was translated into 26 languages, and won 271 different awards. It won special citations from the Pulitzer Prize and National Book Award committees for its contribution to American history, and the ABC television network turned it into an eight-part series; 130 million Americans watched at least one episode. Roots not only touched blacks whose histories resembled Haley’s, but also whites, who confronted America’s tragic past.

In the wake of the Roots phenomenon, two plaintiffs accused Haley of plagiarism. Haley disproved one of the claims but settled the other out of court, conceding that given his extensive and often unannotated note-taking, he had accidentally used material from author Harold Courlander’s book The African (1968). Critics also questioned Haley’s method of presenting fiction as fact. Haley, however, repeatedly defended his methods as a necessary way of tapping the emotional poignancy of his subject.

Haley’s career peaked with Roots—despite a television sequel (Roots: The Next Generation, 1979), a second, similar book and television project (Queen: The Story of an American Family, 1992), and a television drama about race and childhood in the American South (Palmerstown U.S.A., 1980). These projects, along with a record called Alex Haley Speaks, which gave tips on constructing family genealogies, never achieved the success of Haley’s second book. Haley worked on a long-delayed biography of African American businesswoman Madame C. J. Walker that remained unfinished when he died from a heart attack in 1992. 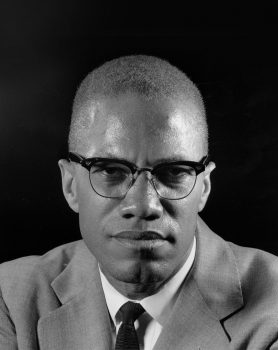