When Claude Brown wrote his autobiography, Manchild in the Promised Land (1965), he expected to sell 100 copies. Over four million copies later, Manchild remains a classic, echoing the slave narratives of Frederick Douglass and Harriet Jacobs and influencing a new generation of African American writers. Brown’s description of American urban life, as relayed through his experiences growing up in crime-plagued Harlem, is an innovative work in the Ghetto Gothic style of African American literature. With epic reach, Brown depicts his struggles with race, poverty, sex, family, friendship, religion and education on his way to a soulful, mature independence and a life outside the ghetto.

Claude Brown came of age in the Harlem of the 1940s and 1950s, where many Southern blacks found themselves mired in the racism and unemployment that they had fled in the South. Before he was a teenager, Brown skipped school with his gang of thieving friends between interludes in juvenile detention homes. At 11, Brown was sent to a training school in New York, where he first encountered African American adults who had completed high school or college.

After a return to criminal activities and incarceration, Brown eventually saw education as the best venue for changing his life. Brown attended night classes before moving to Howard University, where he wrote short stories under the tutelage of professors such as Toni Morrison. Brown later received his law degree from Rutgers University, and he is currently an activist in the juvenile justice system, working to understand the circumstances of teens. He continues to explore matters of race, class, loyalty and friendship in his writings, which have appeared in The New York Times Magazine, Esquire and Life Magazine. 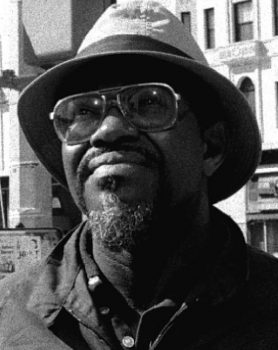