In this evocative memoir, Brent Staples poses some compelling questions: Where does the family end the self begin? What do we owe our families and what do we owe ourselves? What part of the past is a gift and what part a shackle?

As the oldest son among nine children, Brent grew up in a small industrial town near Philadelphia. Scholarship opportunities pulled him out of the black world where he had grown up into a world largely defined by whites. Meanwhile, as the industries that supported his hometown failed, and drug dealing rushed in to fill the economic void, news of arrests and premature deaths among Brent’s childhood friends underscored his precarious perch in a mostly white environment. The death of his younger brother — a cocaine dealer murdered by one of his “clients” — propelled Brent into a reconsideration of his childhood that offers vivid portraits of family values that supported, pressures that tore apart, and the appeal and pain of living as an adult in a world that was literally and figuratively miles away from the one he knew as a child.

In spare, affecting prose, Staples, a member of the editorial board of the New York Times, here recalls his hardscrabble boyhood in the mostly black world of Chester, Pa., and the pains and privileges of later joining a middle-class, whiter milieu. The oldest son among nine children, the author feared his violent alcoholic father but gained a nascent writer’s sensibility from the kitchen rhythms of his mother and her friends. As if reflecting the dislocations of his 1960s youth, Staples sketches numerous fragments: his older sister slipping toward delinquency, the challenge by bullies at a new school, the untimely shooting death of his cousin. With wry hindsight he recalls his Black Power activism before he took advantage of a scholarship to a local college and won a graduate scholarship to the University of Chicago. The book ends with the first success of Staples’s journalism career, which is paralleled with the death of his drug-dealing brother Blake in 1983. He observes resonantly that chance and complexity, not a simple morality tale, must be factored into any accounting for their divergent paths. 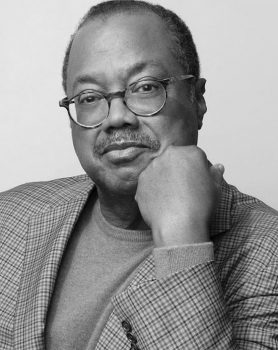