Gibbons’s first novel takes place in east Texas in 1910 during the time of white rule-not by law but by lynch mob. Amid the suffocating racism and fear, half-Choctaw, half-white Reuben Sweetbitter and Martha Clarke, a white woman, fall in love. Forbidden to be seen together, they escape to the town of Harriet, where an influential friend of Martha helps them settle down and raise a family. Atypical of love stories, this realistic work maintains a historical perspective in lending the couple short-lived happiness.

Martha’s brother James comes for vengeance, and Reuben flees to the forest, which has always been his refuge from the white world. Reuben and Martha’s love is strong, but, dishearteningly, racism is stronger. Timely in the subject of interracial love, this authentic, richly detailed novel plumbs sacrifice, fear, and the loss of one’s identity, bringing the anguish of the two young lovers to life.

Born and raised in Houston, Reginald Gibbons earned his BA in Spanish and Portuguese from Princeton University, and both his MA in English and creative writing and his PhD in comparative literature from Stanford University. Gibbons is the author of more than half a dozen collections of poetry, including Sparrow: New and Selected Poems (1997), winner of the Balcones Poetry Prize, and Creatures of a Day (2008), finalist for the National Book Award. The editor of numerous anthologies, including The Poet’s Work (1979) and Triquarterly New Writers (1996), Gibbons has been represented in Best American Poetry and the Pushcart Prize Anthology. Gibbons has taught at Princeton University, Northwestern University, and Warren Wilson College. 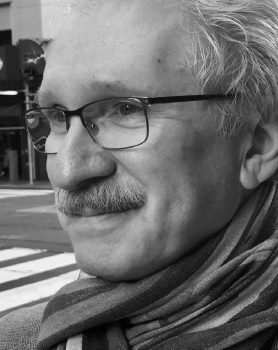