Tyehimba Jess grew up in Detroit, the son of a nurse educator and a director of laboratories for the city public health department. He thanks both Della Mae McGraw and Jesse F. Goodwin on the final page of his groundbreaking Olio “for giving me the start to be able to finish this book.”

It didn’t come easily. After the auspicious 2005 debut of leadbelly, a biography in poems of the legendary blues guitarist Huddie Ledbetter, it took Jess many years in “a long series of stagger and stumble and getting up off the ground again” to write and construct his ingenious Olio.

Jess graduated from the University of Chicago and New York University. He is an alumni of Chicago’s Green Mill Slam Team. He defines his title on the first page:

Olio \ o-le-,o\
a: a miscellaneous mixture of heterogeneous elements; hodgepodge
b: a miscellaneous collection (as of literary or musical selections)
also: the second part of a minstrel show which featured a variety of performance acts and later evolved into vaudeville.

The book, observes the Oxford American, “rests in the hand like a thick catalog of sheet music.” It reclaims and reimagines the narratives of 12 black American performers or acts stretching from the Civil War-era until World War I. The work excavates work songs, blues, history and hymn. So the Fisk Jubilee Singers are memorialized, braided through a running chronology of black churches burned down. Sonnets sit with letters; photographs mix with centerfold-style foldout poems.

Former Poet Laureate Rita Dove, an Anisfield-Wolf juror, declared herself wowed: “This roller-coaster mélange of poetry, anecdote, songs, interviews and transcripts is thoroughly entertaining yet requires every ounce of your concentration as he doubles back, bolts ahead or code-switches his way through the briar patch.”

Questions of authored performance command Olio. Orator Henry “Box” Brown takes back his narrative—a man who mailed himself out of slavery in a box to Philadelphia—from the minstrelsy canonized in John Berryman’s “Dream Songs.” And Jess awes readers with Sissieretta Jones, billed as “Black Patti,” who sang at Carnegie Hall in 1902 and delivers here an exquisite anthem that Jess calls “O patria mia.”

“To be able to sing under that kind of oppression,” Jess told Adam Fitzgerald of LitHub, “I think, in a lot of ways, is the very essence of survival, of a people, of the ability to have the hope to make something beautiful amongst so much wretchedness.”

Jess is a professor of English at College of Staten Island in New York. 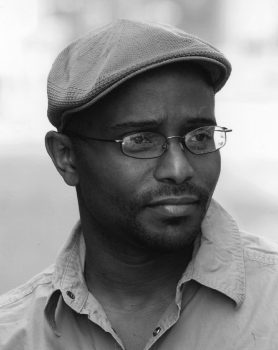