Nicole Krauss’ fiction has been published in the New Yorker, Harper’s, Esquire, and Best American Short Stories. She is best known for her novel, The History of Love (2005), which won the William Saroyan International Prize for Writing and was short-listed for the Orange, Medicis, and Femina prizes. Great House (W.W. Norton, 2010), her third novel, was a finalist for a National Book Award for Fiction, short-listed for the Orange Prize, and featured on the cover of the New York Times Book Review. Last year, she was named among the New Yorker’s “20 Under 40” writers to watch.

Krauss attended Stanford University, where she worked closely with Joseph Brodsky and won several undergraduate prizes for poetry as well as the Dean’s Award for academic achievement. In 1996, she was awarded a Marshall Scholarship and was accepted in the graduate program at Oxford University. During the second year of her scholarship, she attended the Courtauld Institute in London, where she earned a master’s degree in art history.

Man Walks into a Room (2002), The History of Love, and Great House have been translated into more than 30 languages. 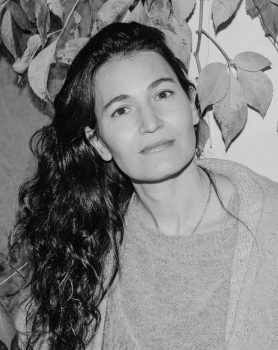