The only child of Rachel Pease Benson and Isaac Christopher West, Dorothy West started her education in Boston, Massachusetts, at the age of two under the tutelage of Bessie Trotter, sister of William Monroe Trotter, the militant editor of the Boston Guardian. After attending Farragut and Martin Schools, she went to Girls’ Latin School, from which she graduated in 1923. West continued her education at Boston University and the Columbia University School of Journalism.

She began writing stories at the age of seven, and at the age of 14 published her first short story, “Promise and Fulfillment,” in the Boston Post. In 1926 West, then living in New York among the luminaries of the Harlem Renaissance, shared second place honors with Zora Neale Hurston in a national writing competition organized by Opportunity, the magazine of the National Urban League. Her interest in the arts was not only literary, and in 1927, she traveled to London as a cast member of the play Porgy. In the early 1930s she went to the Union of Soviet Socialist Republics to participate in the film Black and White, where she stayed for a year after the project was abandoned.

Returning to New York, West founded two short-lived literary journals: Challenge in 1934 (six issues) and New Challenge in 1937 (one issue). After working as a welfare investigator for a year and a half, West found employment with the Federal Writers’ Project of the government’s Works Progress Administration through the early 1940s. She moved to Martha’s Vineyard in Massachusetts in 1945 and wrote regularly for the Vineyard Gazette. She published the novels The Living Is Easy (1948) and The Wedding (1995), as well as more than 60 short stories. In 1997 television producer Oprah Winfrey made The Wedding into a popular television miniseries. 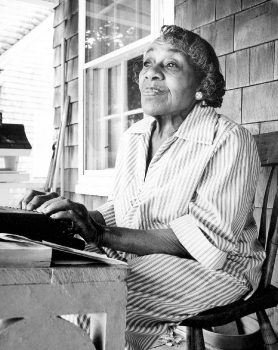