Few issues have been the focus of so much concern as the interrelated problems of race relations and violence in America. Two presidential commissions investigated these subjects exhaustively; both tried to discover the historical roots of modern riots and disorders. But there are still many gaps in our knowledge of violence and nonviolence in past racial crises. Black Freedom: The Nonviolent Abolitionists from 1830 through the Civil War is a careful, well-written, and thoroughly documented study of abolitionist nonviolence and anti-abolitionist violence in the generation before the Civil War.

Anyone wishing to understand contemporary violence can profit from reading this volume. A Pulitzer Prize-winning historian, Carleton Mabee became interested in the antecedents of the modern civil rights movement while participating in sit-ins and voter registration drives in the 196Os. He found that in the 1830s most abolitionists espoused a strategy or philosophy of nonviolence. Some- primarily Quakers and followers of William Lloyd Garrison-were “non-resistants” who renounced violence under any circumstances, even for self-defense. Most abolitionists, however, conceived of nonviolence primarily as a means rather than an end, a moral and religious weapon in the struggle for freedom. Antislavery societies refused to condone slave insurrections (which only produced backlash and repression); abolitionists pioneered such techniques as civil disobedience, refusal to pay taxes, and nonviolent, passive resistance in the face of mobs.

Historian Carleton Mabee won the Pulitzer Prize in 1944 for his book, The American Leonardo: A Life of Samuel F. B. Morse. Mabee received his PhD in History from Columbia University. He is Professor Emeritus of History of the State University of New York at New Paltz.

Mabee says that the fact that he is a resident of Ulster County, where Sojourner Truth was born and raised as a slave, “helped launch me into writing about her.” His book, Sojourner Truth, Slave, Prophet, Legend, was the first full-length biographical study of Truth and remains the basic work in the field. It was co-written in 1993 with his daughter, Susan Mabee Newhouse, who was born in Battle Creek, Michigan, while her father was teaching at nearby Olivet College. Mabee credits her professional background as a psychotherapist with helping him interpret “the complex nature of Sojourner.” 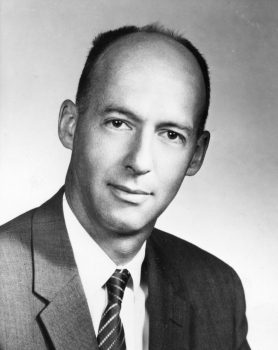