Mary Morris was born in Chicago in 1947, and although she left to study at Tufts University and settled in the east, her hometown tie remained. Now a professor of creative writing at Sarah Lawrence College, Morris likes the fact that there is more magnetism around the shores of Lake Michigan than the North Pole. She has an affinity for Midwestern writers such as Mark Twain and Willa Cather, who set their stories in mid-America even while writing from afar.

A veteran crafter of both fiction and nonfiction, Morris spent almost 20 years drafting and revising The Jazz Palace. She studied jazz piano, made many trips to Chicago and persevered, musing that the novel wouldn’t give up on her. Meanwhile, her other books and stories were translated into Japanese, Italian, Spanish, German and Dutch.

A celebrated travel writer, Morris is deeply interested in the tensions of home and away, which can be seen in the immigrant and Great Migration characters populating The Jazz Palace, both fictional and actual. As she travels, Morris paints, writes and collages. She has won grants from the National Endowment for the Arts, the Rome Prize for Literature and the John Simon Guggenheim Foundation.

The Jazz Palace is Morris’ 15th book. It sings of Prohibition-era Chicago, teaming with clubs and gangsters, experimental music, and new arrivals from the Southern U.S. and Eastern Europe. The story centers on three characters: the black trumpeter Napoleon Hill, the Jewish pianist Benny Lehrman (“a boy with a propensity for disaster and a musical ear”) and Pearl Chimbrova, who gamely switches her family’s candy store into a saloon. The story revels in a bittersweet time when music got faster, skirts got shorter and the public appetite for pleasure surged.

Anisfield-Wolf Juror Rita Dove praised this work as a foundational novel that gives context to the racial injustice that still divides Chicago today. Dove called the novel “a nuanced and balanced story of those who rise above difference to produce and celebrate art.”

Speaking with the Chicago Tribune, Morris said: “What I always loved about Chicago and I still love about Chicago (is that) on the one hand, it’s very cosmopolitan, and on the other hand, it’s still at the edge of the West. It still has that gritty, rough feeling.”

She lives with her family in Brooklyn, N.Y. 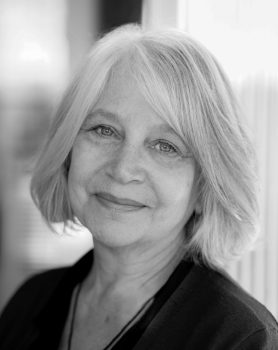