Lillian Faderman, a leading scholar of LGBT history, writes that she exists because her unmarried mother Mary, a Jewish garment worker in lower Manhattan, had the gumption to refuse a third abortion. Instead, Mary and her sister, Rae, took the child to Los Angeles and scraped together a new life.

“She was the driving force behind everything I became,” Faderman told a reporter for the San Francisco J-Weekly, contrasting her path to a doctorate in English at the University of California while her mother was practically illiterate.

The writer tells this story in Naked in the Promised Land, her 2003 memoir. The book traces a pinched childhood, a young adulthood as model and habitué of the Los Angeles lesbian underground and long decades as a writer and professor, teaching at San Francisco State University, Fresno.

Faderman’s 10th book, The Gay Revolution: The Story of the Struggle chronicles a larger, unfinished story. Through more than 150 interviews and documents from 20 archives, it explores “how we got here.” In vivid prose, Faderman traces court cases and brave individuals, heart-breaking reversals and formidable opponents. The book begins in mid-century, when American gays were prosecuted as criminals, crazies and subversives. It considers the nation’s first gay and lesbian organizations, the Stonewall uprising and the activism honed in the AIDS epidemic. It contrasts the 1948 ruination of a beloved, closeted Missouri journalism professor with the 2012 federal ceremony promoting Tammy Smith to Army General, where her wife affixed the new stars to her epaulets. Faderman crystalizes this trajectory in the words of activist Frank Kameny: “We started with nothing, and look what we have wrought!” 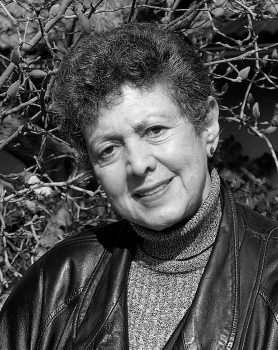