Tracy K. Smith, the daughter of an engineer and a teacher, is the current U.S. Poet Laureate. Born in Massachusetts, she grew up in northern California, where her four older siblings and parents called her “Kitten.” Her house was full of religious faith and scientific curiosity. She remembers a jolt of “magic” when she first read Emily Dickinson’s:

Young Tracy responded with her first poem, “Humor,” and showed it to her fifth-grade teacher in Fairfield, California. The teacher said, “Keep writing.”

She did, and her path led to Harvard, Columbia and Stanford universities. Smith now serves as the Roger S. Berlind Class of 1952 Professor in the Humanities at Princeton University. Both of her parents grew up in Alabama, and her father, Floyd William Smith, joined the Air Force at age 18 in part to escape the Jim Crow South. “[P]ain was part of my birthright… the very particular pain that was tied up in blood, in race, in laws and war,” she writes in her memoir “Ordinary Light.”

As a Harvard undergraduate, Smith studied with Seamus Heaney and became part of the Dark Room Collective, a gathering of black writers. There she encountered two poets who would precede her as the national poet laureate: Natasha Trethewey and Rita Dove, a juror for the Anisfield-Wolf Book Awards.

One member of the collective was poet Kevin Young, who won a 2018 Anisfield-Wolf prize for his nonfiction work, “Bunk.” When Smith submitted her first book, “The Body’s Question”, anonymously to Cave Canem for its annual prize, Young selected it without knowing who wrote it. “It was exciting to come across this book that had such quiet certainty,” Young told The New York Times. “It was rock-solid as a book, plain-spoken but fierce.”

Since her encounter with Dickinson, Smith has gravitated to poetry that employs plain language to probe the eternal, similar to the work of Elizabeth Bishop and Philip Larkin. Her third book, “Life on Mars,” won the Pulitzer Prize in 2012. She completed it in the year after her father’s death, and he, along with his work as an engineer on the Hubble Space Telescope, serves as muse. So do David Bowie, science fiction and news headlines. After Bowie died, Smith’s poem about him, “Don’t You Wonder, Sometimes?” went viral.

It is unusual for an acting American poet laureate to release a book, but Smith’s “Wade in the Water” has an urgency that thrilled critics. “Tracy K. Smith is a poet of astonishing gifts, never more brilliantly displayed than in ‘Wade in the Water,’” said juror Joyce Carol Oates. “With a simplicity and a clarity that belie the poet’s technical virtuosity, she explores, or rather eviscerates, our willful self-deceptions about race, history, the nature of ‘enslavement;’ her poems are sharp edged as knife blades, swift, deft, fleeting, and profound, yet suffused with sympathy, like an impersonal and abiding love.”

Rita Dove ranked “Wade in the Water” as the best book – among hundreds – that she read from 2018. “Awe” was Dickinson’s favorite word, and it pervades Smith’s lines.

“Literature allows us to be open, to listen and be curious,” Smith told The New York Times.

The title poem in “Wade in the Water” is “for the Geechee Gullah Ring Shouters” and is based in an experience Smith had among them. It begins:

One of the women greeted me.
I love you, she said. She didn’t
Know me, but I believed her,
And a terrible new ache
Rolled over in my chest,
Like in a room where the drapes
Have been swept back.

The collection of 52 poems ranges widely, from “Watershed”, which concerns the poisoning of the Ohio River, to a series of letters and testimonies of African Americans enlisted in the Civil War. The poem “I Will Tell You The Truth About This, I Will Tell You All About It” is dated November 21, 1864, from Carlisle, PA. It begins:

“You want a poem to unsettle something,” Smith has said. “There’s a deep and interesting kind of troubling that poems do, which is to say: ‘This is what you think you’re certain of, and I’m going to show you how that’s not enough. There’s something more that might be even more rewarding if you’re willing to let go of what you already know.’”

She lives in New Jersey with her husband, Raphael Allison, their daughter and twin sons. 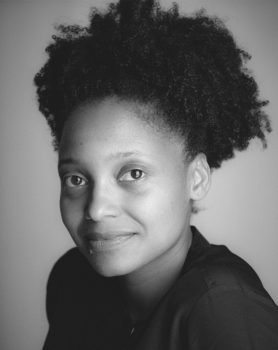