Public intellectual Andrew Delbanco is the Alexander Hamilton Professor of American Studies at Columbia University, where he was honored with the Great Teacher Award by the Society of Columbia Graduates. He was born in White Plains, N.Y., to Barbara and Kurt Delbanco, German Jews who escaped to London after the rise of the Nazis, then emigrated to the United States in 1948 with two sons. When Andrew arrived in 1952, his family took to calling him “the American afterthought.”

The afterthought grew up to be awarded a National Humanities Medal from President Barack Obama in 2012. The National Endowment of the Humanities marked this occasion by noting “with a combination of deep learning, eloquence and a deft, original way of considering our national history and literature, [Delbanco] documents the human mise-en-scène in a way that matters today.”

Young Andy attended public school in New Rochelle before going to the Ethical Culture Fieldston School in the Bronx. At Fieldston, students took a weekly class in Ethics, and Andy was drawn in, particularly to the discussions led by Dr. Matthew les Spetter, who risked his life protecting Jewish children in the Netherlands during the Nazi occupation.

Delbanco earned three degrees at Harvard University. “As for college, to be honest, I would say that my formal intellectual experiences were rather pale – but I spent a good deal of time reading, and most important, I met my future wife, Dawn Ho, who grew up in Cleveland, where her father was Curator of Chinese Art at the Cleveland Museum,” he wrote in an email.

In an interview with Randall Fuller, Delbanco said that in graduate studies, he “had the wonderful fortune as a graduate student at Harvard to be inspired by Alan Heimert, a mesmerizing professor who insisted that, in order to understand America, we must take our religious history seriously. Alan had his students examine texts from Puritan New England not as curiosities or anthropological artifacts but as responses to human existence that are translatable across time and still have an urgent connection to our own experiences.”

Delbanco later collaborated with Heimert on an edited volume, “The Puritans in America: A Narrative Anthology,” which came out in 1985, the year Delbanco began teaching at Columbia. “Heimert fostered in me the idea that teaching is a vocation – not just a job – and something to be taken very seriously,” the scholar told Fuller. “Teaching is a moral activity.”

After more than 40 years in the university classroom, Delbanco recently listed for Jane Ciabattari five works of American literature that he never tires of teaching: “Moby-Dick,” “The House of Mirth,” “The Scarlet Letter,” “Uncle Tom’s Cabin” and “Native Son.”

The scholar spent almost ten years researching and writing “The War Before the War: Fugitive Slaves and the Struggle for America’s Soul from the Revolution to the Civil War.” It focuses on the courageous enslaved people who risked their lives to flee bondage, the slave-owning citizens who demanded the return of their “property,” and the political, legal and moral furor that lit the fuse of the Civil War.

“Andrew Delbanco is one of our generation’s most gifted scholars and discerning public intellectuals,” Anisfield-Wolf Jury Chair Henry Louis Gates Jr. wrote. The book “transforms the figures of fugitive slaves from the margins of American history to its dynamic center, demonstrating how their plight exposed the paradoxes in the soul of a nation torn between freedom and slavery, as it propelled itself to its greatest reckoning.”

The book has also won the 2019 Mark Lynton History Prize awarded by the Columbia Journalism School and the Nieman Foundation at Harvard to a book “of history, on any subject, that best combines intellectual or scholarly distinction with felicity of expression.”

Its author, whom Time Magazine designated “America’s Best Social Critic” in 2001, has also helped lead the national discussion on the purpose and meaning of attending college. In 2018, he became president of The Teagle Foundation, which supports liberal arts education for students from all backgrounds.

Delbanco, 67, has been married to the former Dawn Ho since three days after their graduation from college in 1973. They live in New York City and have two grown children, Benjamin and Yvonne. They await the birth of their first grandchild in the near future. 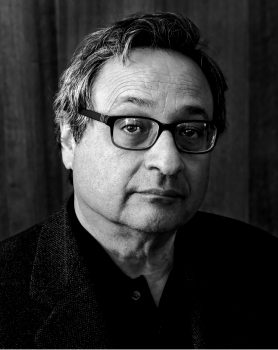