Hong Kingston’s two-part autobiography, The Woman Warrior (1976) and China Men (1980), explores gender constraints, assimilation, and intergenerational conflicts experienced by Chinese immigrants living in California. The Woman Warrior, which won the National Book Critics Circle Award in 1976, traces the development of Hong Kingston’s identity with respect to her mother, questions a historic devaluation of women in China, and exposes pressures to be “American-feminine.” The narrative improvises upon the oral tradition of talk-story, a form of storytelling that encouraged Hong Kingston’s aspirations to become a strong, self-articulate woman. China Men, which won the American Book Award for general nonfiction, describes Hong Kingston’s perspective of her father, a perspective which is mediated both by women’s talk-stories and historical trends in Chinese emigration, labor, and toils in the United States.

Maxine Hong Kingston was born in 1940 to Chinese immigrants who owned and operated a laundry in California, having left behind professions as a doctor and a scholar. Raised speaking Say Yup, a Cantonese dialect, Hong Kingston wrote poetry in English by the age of nine. She was awarded eleven scholarships to the University of California at Berkeley, where she received her BA degree in English literature in 1962. She married actor Earll Kingston in 1962 and moved to Hawaii, where she taught high school English and mathematics. In later years, Hong Kingston published prose selections such as Hawaii One Summer (1987) and novels such as Tripmaster Monkey: His Fake Book (1988). 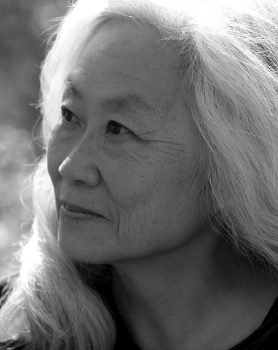