The story of the Leo Frank case reads like a Greek tragedy. As The New Republic wrote at the time: “In ancient times when a man was treated as Leo Frank has been treated people felt that an obscene god was pursuing him. No mortal could be so relentless. No mortal could surround another with such ingenious cruelty. Only a conspiracy of fate could make horror so massive. We try nowadays to think differently, but in the case of Frank it is not easy.”

The events surrounding the 1913 murder of the young Atlanta factory worker Mary Phagan and the subsequent lynching of Leo Frank, the transplanted northern Jew who was her employer and accused killer, were so wide ranging and tumultuous that they prompted both the founding of B’nai B’rith’s Anti-Defamation League and the revival of the Ku Klux Klan. The Leo Frank Case was the first comprehensive account of not only Phagan’s murder and Frank’s trial and lynching, but also the sensational newspaper coverage, popular hysteria, and legal demagoguery that surrounded these events.

Forty years after the book first appeared, and more than ninety years after the deaths of Phagan and Frank, it remains a gripping account of injustice. In his preface to the revised edition, Leonard Dinnerstein discusses the ongoing cultural impact of the Frank affair. This edition includes for the first time letters written by Jim Conley. The state’s main witness against Frank, Conley would in later years come to be regarded by many as the actual killer of Mary Phagan. The letters shed light on his thought processes, interests, and preoccupations.

Leonard Dinnerstein is New York born and bred. He attended Public schools in the Bronx, went to the City College of New York for his undergraduate degree, his MA (1960), and PhD (1966). Dinnerstein is an emeritus professor of American history at the University of Arizona, where he directed the Judaic Studies Program. His books include America and the Survivors of the Holocaust and Anti-Semitism in America. 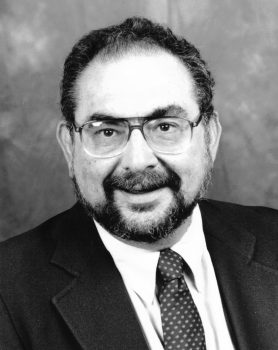