During the survivalist craze of the early 1980’s, extremist political movements were thriving. There was the Christian Patriots Defense League, which insisted that white Americans, not Jews, were God’s chosen people. In preparation for a race war that they believed was biblically ordained, members were stockpiling food and weapons and preparing to establish a smaller, all-white America in the middle of the continent, a parallelogram whose corners would be Pittsburgh, Atlanta, Lubbock, Tex., and Scottsbluff, Ark.

Historians generally dismiss groups like these, which have existed throughout American history, as aberrations. But in The Arrogance of Faith, Forrest G. Wood, argues that “Christianity, in the five centuries since its message was first carried to the peoples of the New World—and, in particular, to the natives and the transplanted Africans of English North America and the United States—has been fundamentally racist in its ideology, organization, and practice.”

He sees no paradox or doctrinal inconsistency in the fact that so many Christian settlers persecuted Indians or kept slaves. “English North Americans embraced slavery because they were Christians, not in spite of it,” he writes. Considering all the suffering that has been inflicted in the name of the world’s great faiths, it might seem perverse to pick on Christianity. But Mr. Wood argues that Christians have been especially dogged about trying to implant their ideas into unwilling minds.

So it is with monotheism: if there is one true religion, then others are, by definition, superstitions. Islam is known for its enthusiasm in spreading the faith, but Mr. Wood believes that Christianity has been especially aggressive because of its biblical mandate to spread “the word” to every being on the planet. Only then would the prophecies be fulfilled so that Christ could make His Second Coming. “Herein lay the fundamental component of the Christian’s racism,” he writes, “his inherent inability to leave other people alone.”

This kind of theological rationalization continues to this day. The belief that the prophecies will not be fulfilled until the Gospel is spread to every corner of the earth has been used to justify the development of a lucrative Christian satellite broadcasting network. Christianity, like all religions, has often been used to encourage rather than transcend mankind’s worst instincts. The Bible provided slave owners with a convenient sourcebook of theological excuses. But it also helped lay the foundation for the moral code that led people to question slavery in the first place. 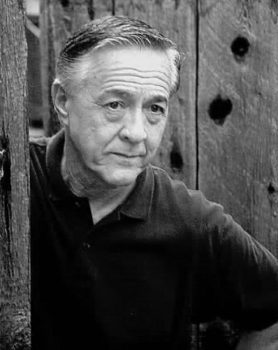