American photographer Carol Beckwith and Australian photographer Angela Fisher discovered their common pursuit upon their chance meeting in Kenya in 1978: to understand and depict the richness of African culture and traditions through photographs. Beginning in 1970, Fisher researched the sociological role of jewelry design, body ornamentation, and styles for fourteen years while living with various African tribes. The research culminated in the internationally acclaimed Africa Adorned (Abrams, 1984) and led to Fisher’s career as a jewelry designer. Carol Beckwith published the acclaimed Maasai (Abrams, 1980), which won the Anisfield-Wolf Award and was published in three languages and four countries, after living with the Maasai of Kenya and Tanzania for two years. Beckwith’s second book, Nomads of Niger (Abrams, 1983), was based upon three years of field research living and speaking with the Wodaabe nomads and was broadcast as a television film in 1988 by National Geographic.

In 1991 Beckwith and Fisher won the Anisfield-Wolf Award, the Institute of Human Origins prize, and The Golden Hand of Lucy for their first joint project, African Ark: People and Ancient Cultures of Ethiopia and the Horn of Africa (Abrams, 1991). The photo-documentary entailed five years of travel through Ethiopia, Kenya, and Somalia with the assistance of savvy, native guides. Fisher explains that the Horn of Africa “is like a microcosm of the entire continent, with peoples of all different life styles and spiritual beliefs, including Islam, Christianity, Animism and Judaism.”

Beckwith and Fisher initiated and associate-produced a documentary film on the Surma people entitled The Painter and the Fighter. Their stunning photographs have been featured in periodicals such as National Geographic, Time, LIFE, People, and The New York Times. Their most recent joint publication, the two-volume African Ceremonies (Abrams, 1999), issues from ten years of research, travel through 26 countries, and the capture of more than 90 ceremonies on film. The project was conceived in 1978 from a mutual desire to study the powerful, and often disappearing, ceremonies that occur throughout Africa from birth until death. During an interview with CNN, Beckwith said, “Angela and I feel when we come back to the Western world that we’ve really lost the important rituals that teach us so many things. We really hope that our book will rekindle an awareness of these values as we all move into the millennium.”

Beckwith was raised in Boston and studied painting and photography at the Boston Museum School of Fine Arts. Upon winning a traveling fellowship, Beckwith studied fine arts in New Guinea and Japan. She moved to Africa in 1974 to be immersed in the cultures that inspired her artwork. Fisher was born in Adelaide, Australia in 1947. She received a degree in social studies from Adelaide University in 1967 and worked as a social worker from 1968-1970. When exploring Africa as a tourist in 1970, Fisher was captivated by the copious body ornamentation that she observed. She stayed. Beckwith and Fisher are based in London when they are not shooting for their upcoming projects. 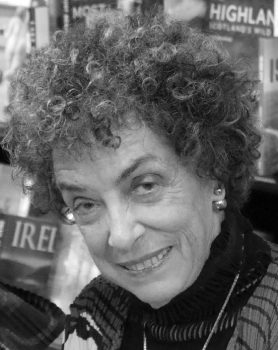