In 1980 Sheehy found herself in one of life’s passages which she had explored so thoroughly in her book Passages. Providentially, while on assignment in Cambodia, she met Phat Mohm, a child refugee. Sheehy circumvented the bureaucracy and brought Mohm to New York to be a part of her busy life there. The book serves as a cathartic record of Mohm’s struggle to deal with the memories of the past, as well as her difficult adjustment to a new culture.

Along with Mohm’s testimony, the book offers a well-documented description of the Khmer Rouge regime and insights into Cambodian mythology and culture. Sheehy also explores the larger issue of human evil and the ability of personality to transcend it. This is a well-written biography of a heroic teenager who has survived the most brutish physical and emotional abuse through the healing power of love.

As the bestselling author of 16 books, including Passages, Gail Sheehy has rocked the culture and changed the way millions of women and men around the world look at the stages of their lives. As a literary journalist, Ms. Sheehy was one of the original contributors to New York magazine. A contributing editor to Vanity Fair since 1984, she won the Washington Journalism Review Award for Best Magazine Writer in America for her in-depth character portraits of national and world leaders, including both Presidents Bush, Bill and Hillary Clinton, Newt Gingrich, Margaret Thatcher, Saddam Hussein, and Mikhail Gorbachev. Ms. Sheehy is a seven-time recipient of the New York Newswomen’s Club Front Page Award for distinguished journalism. 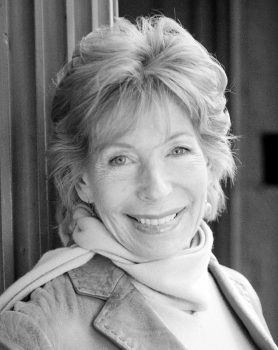