Jim Silver keeps a loaded shotgun in his Oxford, Miss., home. It is not for hunting; it is for protection. For 27 years Silver has spoken out against the segregationist way of Mississippi life. The anonymous threats against him have been so numerous that he long ago lost count. He has been hauled before the Ole Miss board of trustees on Citizens Council charges ranging from practicing communism to insulting a Confederate general’s memory. In Mississippi, his has been a lonely battle.

James W. Silver was a brave professor at the University of Mississippi in the days when bravery was not a desired commodity. He moved to Oxford, MS in the same year that Hodding Carter, Jr. moved across the river to Greenville; both men would take on the powers that be in the Magnolia state, fighting racism through the written word. Silver’s book was one of the earliest to give a clear picture of the modern civil rights movement focusing on Mississippi. It is a real treasure and his theories appear to still hold today.

“Mississippi,” said Silver, “has been on the defensive against inevitable social change for more than a century.” He charged that the state’s churches have hemmed and hawed between racial right and wrong, that lawyers and judges are confused about whether or not to obey federal courts, that legislators spend much of their time “devising legal subterfuges to keep the Negro in his place,” and that business leadership has abdicated its power to the white Citizens Councils.

By committing itself to defending the biracial system, he said, Mississippi has erected a “totalitarian society” that blocks change and causes social paralysis. “Thus the Mississippian, who prides himself on his individuality, lives in a climate where nonconformity is forbidden, where the white man is not free, where he does not dare to express a deviating opinion without looking over his shoulder.” 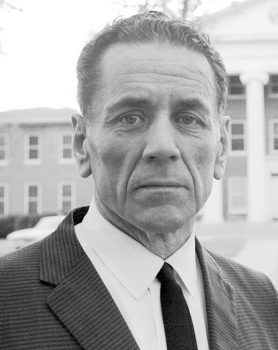