This authoritative and beautifully written book, by the distinguished president of Brandeis University, was first published in 1930 and now appears in its fifth edition, completely revised and enlarged. As a one-volume work it is unequaled and has become a classic in the field. It interweaves religious and philosophical factors with the social, political and economic background of Jewish life from pre-biblical times to 1964.

Abram L. Sachar was an American historian and founding president of Brandeis University. He was born in New York City. When he was 7 years old, his family moved to St. Louis, Missouri, where his grandfather served as a chief rabbi. He was briefly enlisted for service in World War I, and then attended Washington University in St. Louis, where he earned his B.A. and M.A. degrees in history. During his junior year, he studied languages at Harvard and graduated Phi Beta Kappa in 1920.From 1920 to 1923 he studied at Emmanuel College, Cambridge University, England, where he received his doctorate in history for his thesis on the Victorian House of Lords.

Sachar published his first book in 1927; this was followed by several other books in quick succession. He also lectured across the country from the 1920s to the 1990s, and appeared in a weekly educational television lecture show, The Course of Our Times; his analyses of problems in contemporary history were later published in the book of the same title. Sachar remained a working educator, historian, lecturer, and author until his death in 1993. 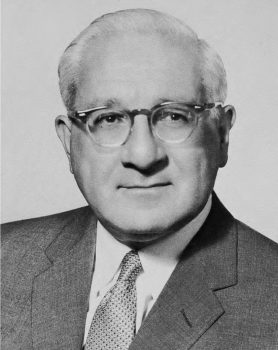