Psychiatrist and humanist Dr. Robert Coles wrote his groundbreaking work, Children in Crisis: A Study in Courage and Fear (Little Brown & Co) in 1968. The study was based on work with children who had suffered from the stresses of desegregation during the sixties. This work became an invaluable source of information on the issues of racial struggle, poverty, privilege, isolation, and morality. By 1973, his five-volume series titled Children of Crisis had been awarded the Pulitzer Prize. Coles has led the nation in an examination of the moral, spiritual, and philosophical concerns of children through more than 60 books and 1,200 articles.

More than his extensive body of written work, however, Coles stands out as a passionate idealist. He began writing during the early days of the Civil Rights Movement, at which time he had a life-changing encounter Ruby Bridges. As he interviewed this eight-year-old African American, Coles was intrigued by her compassion for her racial tormentors during the forced integration of her school. Coles subsequently threw himself intellectually and emotionally into anti-poverty and desegregation efforts. Since the sixties, several of his books have explored ethical questions of responsibility, compassion, and service while addressing the didactic implications of literature, our capacity for moral imagination, and the enduring lessons to be learned from engagement with art.

Alongside his writings, Dr. Coles has had a distinguished academic career. He is a research psychiatrist for the Harvard University Health Services and a Professor of Psychiatry and Medical Humanities at the Harvard Medical School. He is also the James Agee Professor of Social Ethics at Harvard University. He has received numerous awards, including a John D. and Catharine T. MacArthur Foundation Fellowship, the McAlpin Medal of the National Association of Mental Health, and the Hofheimer Award of the American Psychiatric Association. In January 1999, President Clinton awarded him the Medal of Freedom, the nation’s highest civilian award. 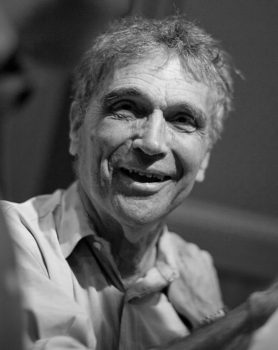