William Melvin Kelley grew up in the Bronx, New York, where he attended the Fieldston School. At Harvard College, he studied with John Hawkes and Archibald MacLeish, winning the Dana Read Prize in 1960 for the best piece of writing in any Harvard undergraduate publication.

Kelley has lived in Boston, Rome, Ibiza, Paris, and for nine years in Jamaica, teaching at the University of the West Indies from 1969 to1971. His novels include A Different Drummer (1962), winner of the Richard and Hinda Rosenthal Foundation Award of the National Institute of Arts and Letters; A Drop of Patience (1965); dem (1967); and Dunfords Travels Everywheres (1970). Besides his uncollected short stories, which have appeared in The Saturday Evening Post, The New Yorker, The Negro Digest, Quilt and many anthologies, he has a short story collection, Dancers on the Shore (1963), which won the Transatlantic Review award.

Other honors include a 1963 Whitney grant and 1970 Black Academy of Arts and Letters award.

Kelley currently teaches creative writing at Sarah Lawrence College and for 30 years has made his home in Harlem, New York. 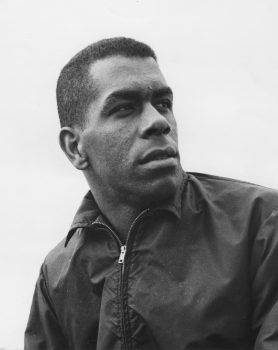