By the 1930s, hereditarianism—the theory that heredity was the basis for differences in intelligence and behavior—began to fall out of favor. To counter the rise of Nazism and its racist ideologies, scientists critical of the use of race to justify oppression and discrimination published a number of important works. We Europeans: A Survey of “Racial” Problems by Huxley and Haddon, sought to show that science offered a very limited definition of race.

Sir Julian Sorell Huxley was an English evolutionary biologist, humanist and internationalist. He was a proponent of natural selection, and a leading figure in the mid-twentieth century evolutionary synthesis. He was Secretary of the Zoological Society of London, the first Director of UNESCO, and a founding member of the World Wildlife Fund. Huxley was well known for his presentation of science in books and articles, and on radio and television. He directed an Oscar-winning wildlife film. He was awarded UNESCO’s Kalinga Prize for the popularization of science in 1953, the Darwin Medal of the Royal Society in 1956, and the Darwin–Wallace Medal of the Linnaean Society in 1958. He was also knighted in that same year, 1958, a hundred years after Charles Darwin and Alfred Russell Wallace announced the theory of evolution by natural selection.

Alfred Cort Haddon was an influential British anthropologist and ethnologist. Initially a biologist, who achieved his most notable fieldwork on the Torres Strait Islands. He returned to Christ’s College, Cambridge, where he had been an undergraduate, and effectively founded the School of Anthropology. Haddon was a major influence on the work of the American ethnologist Caroline Furness Jayne. In 2011, Haddon’s 1898 The Recordings of the Cambridge Anthropological Expedition to Torres Straits were added to the National Film and Sound Archive of Australia’s Sounds of Australia registry. 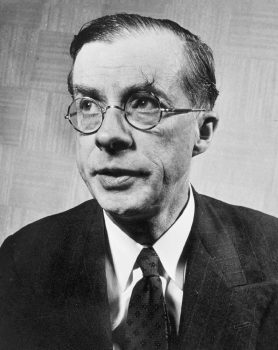